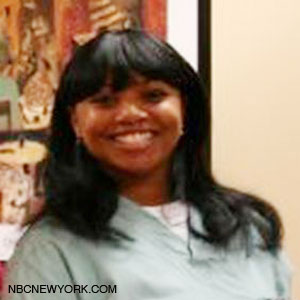 After shots were fired outside the nation's capitol last week, 34-year-old Miriam Carey of Stanford, Conn. was dead – with her 1-year-old daughter in the backseat. After Carey's death, details of her mental history, including questions about postpartum depression, started to unravel.

Law-enforcement officers ensued a car chase after Carey allegedly turned her vehicle into a weapon on Thursday, Oct. 3 2013, ramming her way through barriers outside the White House and on Capitol Hill, as reported by the New York Times. Since her death – reportedly the result of officers opening fire on her vehicle (the child was unharmed) – investigators sought to find out what triggered her Carey's violent drive, which reached speeds of 80 mph.

The New York Times was told that investigators were looking into reports from Carey's boyfriend that the victim had been delusional and believed she was a prophet and under electronic surveillance by President Obama.

In an interview with Anderson Cooper, Amy Carey-Jones, one of the woman's sisters, said Carey had a diagnosis of postpartum depression with psychosis, which came a couple months after the birth of her sister's daughter. The sibling also said doctors had Carey on medications she was taking in accordance with a one-year plan.

"They told her that she didn't need the medication anymore, because the plan was to come off of the medication within a year," Carey-Jones told Cooper, "and they were confident that she would be better. They tapered her off of her medication and she said she felt fine."

Postpartum depression affects 15 percent of new mothers, according to the DMC Hutzel Women's Hospital of Detroit in its online health library. These "baby blues" appear "just after childbirth and are characterized by mood swings – from feeling very happy to feeling very sad," notes the overall DMC (Detroit Medical Center) health library. "A woman may cry for no reason or feel impatient, irritable, restless, anxious or lonely. These feelings may last only a few hours or for a week or two after delivery."

There's also a third – less common, but most serious – case of postpartum depression; it's called "postpartum psychosis," the DMC library notes, which sets in a few days to three weeks after birth: "It can occur as long as three months after birth. A woman with postpartum psychosis loses touch with reality, often having hallucinations or delusions. This illness can be treated with medication."

Is that perhaps what was at play with Carey? Dr. Katherine Rosenblum, interim director of the Women and Infants Mental Health Program with the University of Michigan Health System in Ann Arbor, said, "I do not know the woman's history well, but I do know that so many women suffer from postpartum illness – and there are safe and effective treatments.

Getting the help and resources you need

According to Rosenblum, women often do not get the resources they need. She said it is important to talk with your medical provider, your primary care physician or obstetrician to let them know how you're feeling – and find out options are available to help.

"There are a number of resources for women," she says. "Here at the University of Michigan we have a specialty clinic – the women and infants mental health clinic – that serves women and their families with special expertise in depression during and following pregnancy."