Nut Food Allergies on Rise in Kids: What's Being Done? 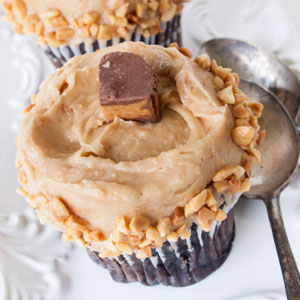 A 13-year-old California girl recently died at Camp Sacramento after biting into a homemade Rice Krispies treat with peanut butter. The story is jarring – especially because both the teen and her family were vigilant about her nut allergy; the girl's parents were actually at the camp when the incident happened and acted fast to try to save her.

Kids' food allergies can keep moms and dads on edge here in southeast Michigan and beyond. In fact, when it comes to U.S. children under age 18, the prevalence of food allergies was about 5.1 percent during 2009-11, according the Centers for Disease Control and Prevention's latest update – which had shot up from only 3.4 percent in 1997-99. Peanuts and tree nuts are among the top eight most-common triggers which, in all, account for 90 percent of common food allergies. A reaction could be set off by ingestion, touching or airborne contact, depending on severity.

Yet awareness is on the rise, too. So what happened in the case of this young girl? And, here in metro Detroit, how are food bans, particularly in kid zones like schools, helping or hurting?

On Friday, July 26, Natalie Giorgi was at a gathering at the family camp when she went into the lodge for a treat, according to The Sacramento Bee. The Carmichael, Calif. girl grabbed a Rice Krispies treat that had icing on it. She took a bite – and spit it out right away, because she tasted peanuts.

Things spiraled quickly. Natalie told her mom, who instantly gave her Benadryl and kept close watch. But in 20 minutes, Natalie was vomiting and having trouble breathing. Over several minutes, her father, himself a doctor, administered three EpiPens – to no avail. The girl died early Saturday.

According to reports, Natalie knew she had a peanut allergy and that it could be deadly. Even her parents were extremely cautious about what she ate. They issued a statement that said, "While our hearts are breaking over the tragic loss of our beautiful daughter Natalie, it is our hope that others can learn from this and realize that nut and food allergies are life threatening. Caution and care for those inflicted should always be supported and taken."

To that end, many school cafeterias – another big potential danger zone for kids with food allergies – are becoming "nut free" or "nut aware."

Hevel Elementary School, part of the Romeo School District, recently banned all peanuts and tree nuts from the building. According to The Romeo Observer, the move was prompted by a student who "reportedly had 31 severe allergic reactions to nuts last year, including through airborne contact."

The school considers itself a tree nut and peanut "alert" school, superintendent Dr. Nancy Campbell tells Metro Parent, because there is never a 100-percent guarantee every person walking through the door will read the sign.

Hevel had previously tried other strategies, including a "peanut-free table," but the affected student was still having reactions. The student's doctor recommended the complete ban on peanuts and tree nuts.

Campbell has met with other concerned students and parents to discuss the decision – and give alternatives to peanut butter, a lunch staple for many kids.

"That's where the Hevel Elementary School community pulled together and understood," Campbell says. "Ninety-nine percent of students and parents want to make sure that we have as safe of an environment as we can."

Other schools in southeast Michigan have become peanut and tree-nut "free" or "aware," including Reuther Middle School in Rochester ("free") and Farmington Public Schools (which has "awareness" and "restricted" levels, depending on the school and needs). Both have both outlined policies in letters available online for parents to read.

Are bans a good idea?

But not everyone is on board. Kathleen Liebau, mom of a student at Hevel Elementary, filed a suit against Romeo Public Schools, the school's principal, the school nurse and others. According to MLive.com, Liebau sent a notice to the school district saying, "To meet my child's needs, I will provide my child with the proper nutrition in her school lunch as I, in my sole discretion, deem appropriate."

MLive.com commenter Shawna Burt agreed. "Ridiculous. One student (and his parents) should NOT be able to dictate what OTHER STUDENTS can eat. If the allergy is that bad, why not move the kid elsewhere, or home school?"

Yet others, like rationalbasis, counter, "The afflicted child's right to a public education and right to do so safely far outweigh the complaining parent's right to send her child to school with peanuts. It is not even a close call."

"Our children have every right to go to school just like any other child," she says. "A food allergy is a hidden disability, and no one should be excluded because if it. Some do home school their children, and that is fine. It is their choice."

Are there ways besides nut-free tables to handle peanut and tree-nut allergies for a child whose reaction is only caused by ingestion?

"I am not sure how I feel about peanut and nut-free tables, because I feel like these children are being isolated and excluded," says Rutter, mom to Evan, 5 – who's allergic to peanuts and tree nuts – and Hayden, 4. "I would love to see peanut and nut-only tables. See, my son doesn't have a choice as to whether or not he can eat peanut butter sandwiches – but the non-food allergic children do."

As more children develop food allergies, especially to peanuts and tree nuts, parents are hopeful that efforts to protect these kids in schools and other kid-friendly places, from camps to play, will also improve.

What do you think is the right approach?