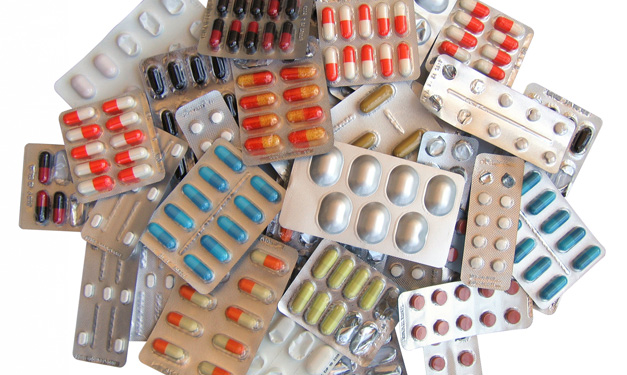 Snapping up over-the-counter medications for kids is as simple as stopping at the nearest chain drug store. These pills, ointments and liquids can soothe congested noses, aching limbs and nagging coughs – and nix a time-consuming trek to the doctor’s office. But not all doses and types are appropriate for smaller systems. Vital information panels on these prevalent products are guideposts. Based on your child’s age, the facts tell you how much to give, how often, what’s in it, warnings or risks, and whether the drug is child-safe.

The American Academy of Pediatrics (AAP) identifies several common OTC drugs for children that warrant caution. Always call your physician with questions – especially if age-appropriate instructions aren’t included – and beware of medication combos that can be deadly.

Ibuprofen, found in Advil and Motrin, is available for kids. Tylenol is a familiar brand considered an acetaminophen. Both relieve mild to moderate pain and reduce fever symptoms. Consider them when kids complain of fever-related headaches, body aches and irritability or minor pain from bangs and bruises.

Warnings: Ibuprofen is great for treating high fevers (103 degrees F or higher), but shouldn’t be given to children who are under 6 months old or who are vomiting continuously.

These medications treat sneezing, the stuffy, drippy noses usually caused by allergies like hay fever, or itching from insect bites and chickenpox, the AAP says. You’ve seen it sold as Benadryl and Dimetapp.

Warnings: Drowsiness or nightmares are side effects for some children. Others may get irritable, nervous or restless. Play it safe by initially not giving kids the drugs before bedtime.

These drugs are similar to antihistamines in breaking up nasal congestion, but they cover colds as well as allergies. Sudafed and Contac are well-known manufacturers.

Warnings: Use sparingly to avoid anxiety and racing hearts in kids. Also, nose sprays and drops temporarily shrink nasal membranes to make breathing easier, but shouldn’t be used more than three days. This ensures the body doesn’t become dependent on them, the American Academy of Family Physicians notes.

When thick mucus plugs tiny noses, this solution can be used with a bulb syringe. Place one or two drops of the liquid, retailed as Otrivin and Ayr, in each nostril. Then use the syringe to suction out the mucus and droplets.

Warnings: Overusing this method can irritate children’s noses. Remember that the tactic is for infants and toddlers who can’t blow their own noses, according to the AAP.

Expectorants, sold by Robitussin and Mucinex, can help loosen up mucus in those painful, dry coughs. Airways then are purged of germs.

Warnings: The American College of Chest Physicians says not to give over-the-counter cough medications to any child under 14 years old. The drugs don’t treat underlying causes, it maintains, and most coughs resolve without intervention. Avoid cough suppressants, too, since the natural reaction is critical to clearing lungs.

Part of the steroid family of medicines, these topical creams relieve redness, swelling and discomfort, according to the National Institutes of Health. Everyday treatments include insect bites, mild rashes including those caused by poisonous plants, and eczema patches.

Warnings: Products never should be used for chickenpox, burns, infections, open wounds or broken skin, the AAP notes. For any long-term use, particularly on the face, consult a doctor to avoid possible growth problems.

Warnings: Except where ongoing diarrhea or constipation is concerned, these conditions often dissipate naturally. Adjusting diet could help, too. For instance, one culprit of diarrhea could be excess juice drinking, according to Pediatric Planet, a New York-based network of pediatrics. Persistent problems could point to an infection or other problem, though, and should be treated by a physician.