Parents are using online ratings to pick a pediatrician for their child. But are these sites fair and accurate? 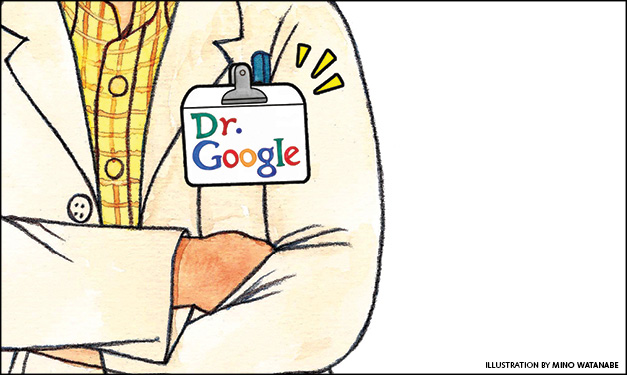 Whether we’re choosing between the two newest movies that hit the theater or trying to decide which restaurant is best for the next family dinner, we often visit ratings sites to get details and opinions from fellow web users.

When it comes to selecting a doctor, do you Google for ratings and information from websites like Healthgrades, RateMDs or Vitals.com, too? You’re in good company, says a new study from the University of Michigan.

In fact, 74 percent of the parents it surveyed were aware of these sites and 28 percent had sought them out when picking a physician for their child in the past year.

“I would say that the public is very comfortable going to rating sites because they do it for movies and books and cars, so why not health professionals?” says study co-author David Hanauer, a primary-care pediatrician and U-M clinical associate professor of pediatrics.

A look at the trend

Seeing a spike in use on sites like Yelp and Rotten Tomatoes, Hanauer and his colleagues wanted to take a closer look at rating websites for medical services.

They conducted an online survey through the C.S. Mott Children’s Hospital National Poll on Children’s Health, which reports on parents who have kids ages 1-18 living in their household.

While researchers didn’t ask participants which websites they used for ratings, they did ask a series of 23 questions about the sites. They also offered three prime referral scenarios. The results: Twenty-two percent of respondents were likely to pick a physician based solely on a neighbor’s recommendation, while 46 percent would pair that with a “highly positive” online rating. Only 3 percent said they’d choose a physician if the neighbor recommended him or her but the doctor got a “highly negative” rating online.

“These websites are really filling a gap for the public to get this information,” Hanauer says – and giving patients the chance to judge the doctor and the info.

Dr. Kenneth Strzelecki, senior staff physician with pediatrics at Henry Ford Health System, is no stranger to such rating sites.

“A lot of times when I meet with new families, one of the questions I ask is, ‘How did you hear about us?'” he says – and some of the parents he’s encountered have seen information on a rating website.

“I think that it’s a good and a bad service for parents. When they are done well, I think it’s a great tool to tell them who is the right doctor for them,” says Strzelecki, who’s based in West Bloomfield. However, he adds, “You never know where the rating is coming from,” which is a con to these types of sites.

Furthermore, accuracy is an issue. Physicians tend to get listed improperly – possibly labeled as “primary medicine” when he or she is a specialist, for example. Strzelecki had a family come to his practice because they thought he was fluent in Russian (he’s not), which was something they were looking for in a pediatrician.

“That’s where a lot of times you have to look more locally,” he says. “These broad national websites that cover everything from Maine to California” aren’t as reliable for this kind of specific information.

When it comes to choosing a doctor, start with your insurance, Strzelecki suggests. Find out which physicians are in your network and go from there.

Take advantage of consultations, too. Strzelecki offers patients a no-fee service – which allows them to come in and meet him, learn about the practice and see if it’s a good fit for the family. This gives you an opportunity to see if you’re on the same page with the doctor, which is so important.

“You should love your pediatrician. You’re going to see them more in the first year than most of your family members,” Strzelecki says.

Finding the right doctor is a big decision, and if you’re going to use one of these sites, Hanauer cautions parents to “at least be aware of the possibility that this might not be the best information.”