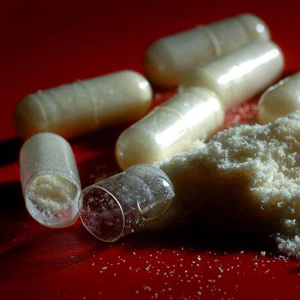 Molly sure is popular with young people these days. A lot of pop stars are singing her praises – she’s even good pals with Miley Cyrus. The thing is, Molly is on her way to becoming the center of this year’s most controversial and dangerous craze.

You see, “Molly” is slang for the powder form of the drug commonly known as ecstasy – and it has been linked to a recent string of incidents involving young people, including the deaths of two early-20-somethings at a New York City electronic music festival over Labor Day weekend and the deaths of two college students after apparent overdoses of the drug.

The drug also has been making news courtesy of shout-outs by many popular music stars, including Nicki Minaj, Kanye West and Miley Cyrus in her hit summer anthem “We Can’t Stop,” where she sings: “We like to party, dancing with Molly.” At a concert last year, Madonna asked her fans if they “had seen Molly.” (she later refuted the claim she was referring to the drug, but it still caused a stir).

Intentional or not, these endorsements by pop stars have helped make molly the talk of the town. With the influx of overdoses involving the drug and its popularity among young people, many parents will want to know more about it – and what they can do to prevent their children from using it.

Molly is a form of ecstasy (MDMA), the euphoria-inducing drug that gained popularity as the drug of choice in club and “rave” scenes. Molly, whose name is short for molecule or molecular, is MDMA in a pure powdered form – unlike ecstasy, which is usually in a pill laced with other ingredients, according to The Partnership at DrugFree.org. Like most drugs, however, “pure” does not mean safe. In fact, it often means “more potent.”

“Molly isn’t just dangerous for young people; it’s dangerous for anyone who does it,” say Mark Kilgore of the Roseville Community Coalition, a grassroots anti-drug organization in Macomb County.

He says despite what some pop songs may lead young people to believe, the seriousness of the drug should not be underestimated.

“It can increase your heart rate, body temperature, cause dehydration, involuntary teeth clenching, kidney failure, heart failure, loss of consciousness and seizures,” says Kilgore listing just a few of the harmful physical side effects of molly.

The desired effects of molly are feelings of increased energy, euphoria, empathy towards others and distortions of senses and time perception. These effects are usually felt for anywhere from three hours to more than six.

Overdoses associated with molly are caused by users suffering dehydration, heat stroke or heart failure. Because the drug can interfere with the body’s ability to regulate body heat and masks the need for water and rest, users can easily become exhausted – and more prone to extreme side effects leading to an overdose, according to the Coalition Against Drug Abuse.

MDMA has been classified as a Schedule I substance (no medical use and high potential for abuse) by the U.S Department of Justice since 1985. But emergency room visits caused by MDMA show its growing popularity, as cases went from approximately 2,000 in 2004 to over 20,000 in 2011, according to the Drug Abuse Warning Network.

Parents may know to talk to their kids about more well-known drugs like marijuana and alcohol. But with drugs like molly, they may have to be more proactive in staying in the loop.

Most importantly, “Parents ought to educate themselves with reliable sources,” says Kilgore. “Websites like NIDA, SAMHSA and DEA.gov all have lots of info on all kinds of drugs, including molly.

“(Molly) certainly has been in the media a lot lately,” says Kilgore, referencing the pop start endorsements. Because of this popular glorification, Kilgore adds, “some kids simply don’t know how dangerous it is.”

Armed with knowledge about molly, parents can talk to their kids about the dangers involved – and tell them it is far less innocent than its name sounds or celebrities would have them believe.

U.S. News & World Report have released its rankings of the best children's hospitals and three Michigan pediatric hospitals have made the cut.
Read more
Parenting