Here's how to help your daughter cope with pre-period pains and emotions. 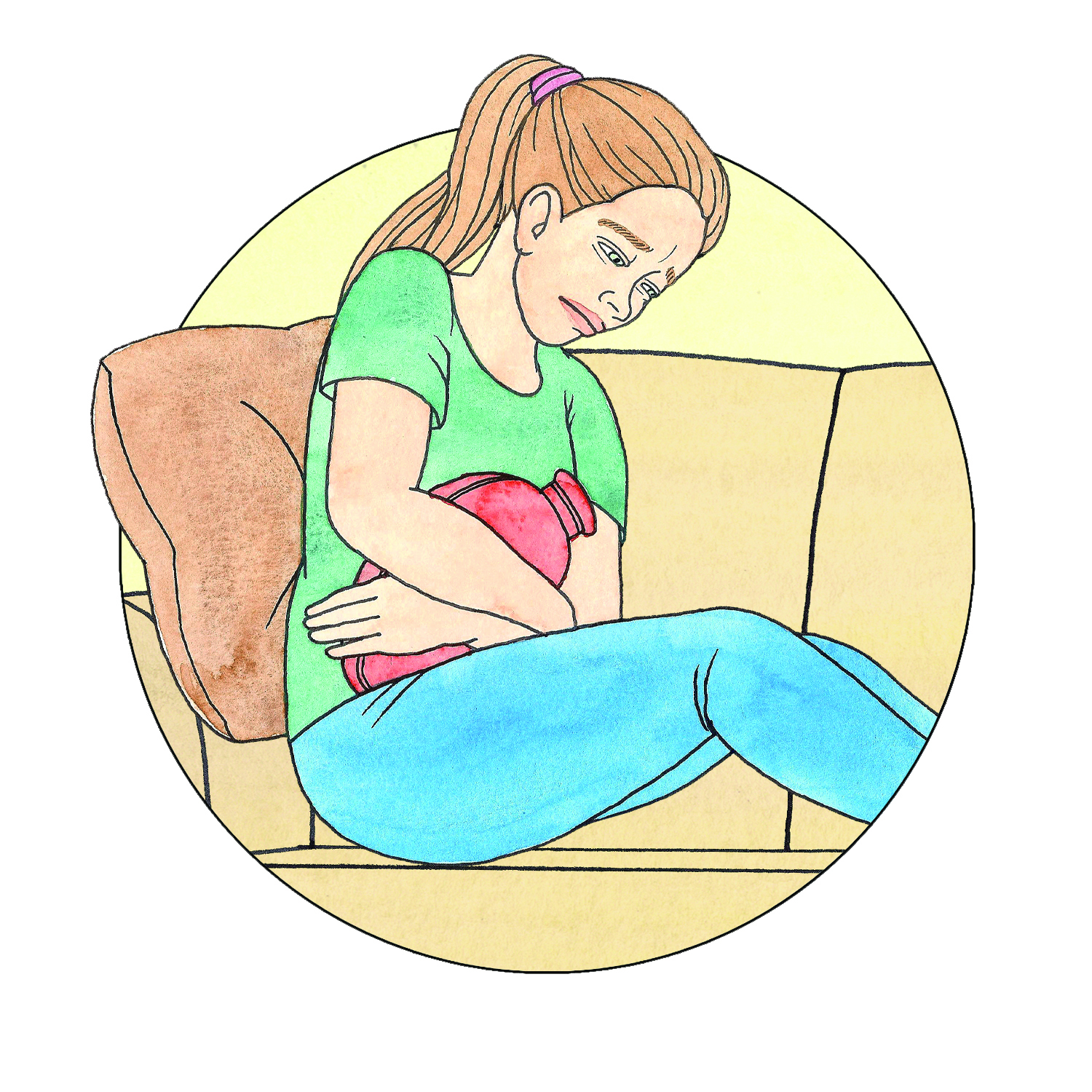 Talking to your daughter about her period before she first gets it is important. That also goes for the thing she’ll probably get right before it: premenstrual syndrome.

PMS can affect menstruating females of any age, the U.S. Office of Women’s Health notes; about 85 percent of us have at least one sign.

“Expect symptoms such as cramps, breast tenderness, headaches, bloating, angry outbursts and skin problems,” says Shari Maxwell, an OB-GYN with Oakwood Healthcare in Dearborn. “Preparing for it can be helpful.”

Girls are getting their periods around age 12-13 these days, the OWH notes; however, that “menarche” can happen as early as 8 or late as 15. As for PMS, it typically occurs about one to two weeks before the menstrual cycle starts.

“First thing is to acknowledge that it happens in most women at mild levels,” says Beaumont Health System OB-GYN April Sarvis, who works in Royal Oak and Troy. That can include hallmark mood swings, food cravings and pain. What’s behind it all? “Maybe interactions between sex hormones,” Maxwell says. “We really don’t know. We just have some theories.”

For starters, help your daughter get a sense of her cycle. “Chart symptoms,” Sarvis says. “If it’s happening right before their period, (that’s) good” – aka normal. Of course, PMS doesn’t feel so good! Explore what’s effective.

Exercise is one tactic, Maxwell says. “Reduce stress and get them to relax.” Vitamin D also has proved beneficial in alleviating symptoms. Pain relievers like Motrin, aspirin, Aleve and Midol may help with cramping and headaches; be sure to carefully follow age and dosage directions. “Stick-on heating packs on abs or lower back can ease cramp pains,” Savis says. “Just be careful – wet heating packs are more likely to burn skin.” Your pediatrician or OB-GYN can also prescribe medication.

In about 3-8 percent of cases, Sarvis notes, girls may experience a more extreme version called premenstrual dysphoric disorder, or PMDD. This can involve severe depression, irritability and tension – even episodes of rage.

Both docs suggest keeping a daily menstrual diary to see if PMDD is at play. Log symptoms for two to three months to bring to your doctor for a proper diagnosis. This may involve a prescription of Sarafem, Prozac or Zoloft, they say.

Or, if symptoms are occurring rapidly at different times of the month rather than one to two weeks before menstruation, a thyroid disorder could be at play.
Finally, managing PMS with girls who start younger – age 9 or 10 – can be more difficult, Sarvis adds. “Kids with learning disabilities can be very severe,” as well.

“Just basically being supportive – especially with moms,” Maxwell says. And particularly with young girls. “They tend to be shy,” Sarvis says. “Talk to them about PMS along with periods.” Normalize things. “I keep it simple: ‘Your body’s going to change. If you have any questions, (I’m here).’ If they are too young, you don’t have to push the issue.” And for girls in the throes? “You’re not crazy,” Sarvis says. “It’s not going to be the end of the world.'”