Nicotine use is strong among teens, and Michigan reportedly isn't spending enough to deter it. Here's how parents can help in protecting kids from tobacco. 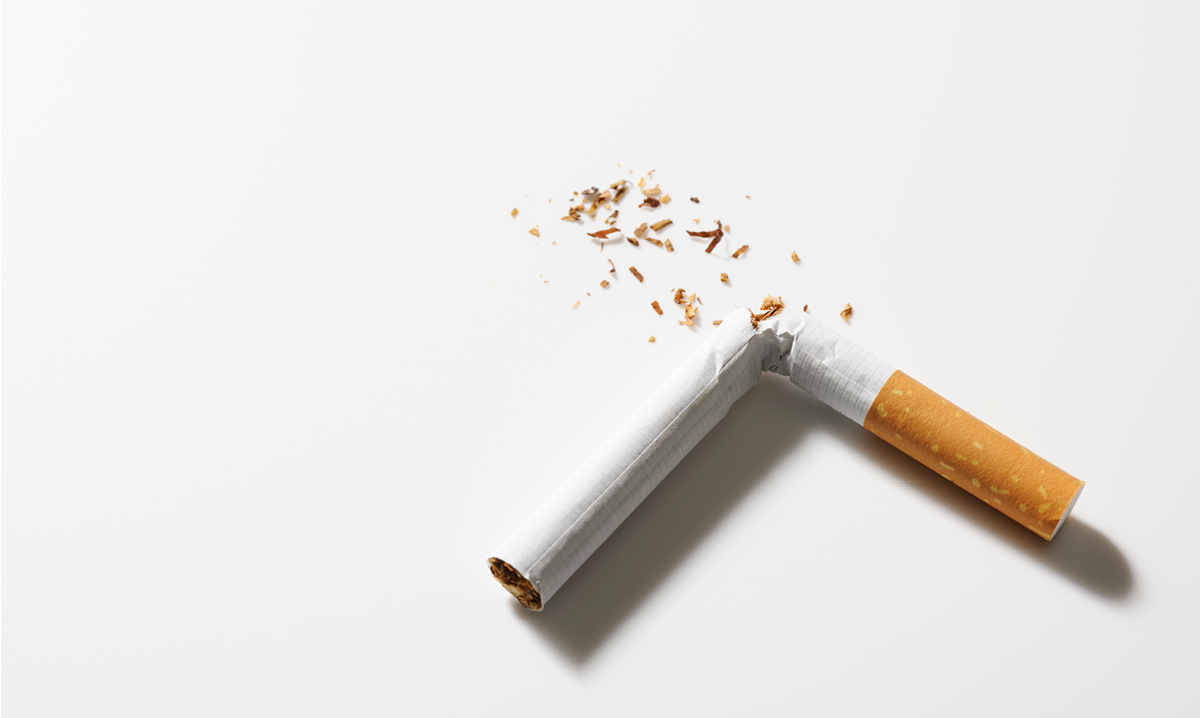 Protecting kids from tobacco and other nicotine sources is important. Smoking and vaping is dangerous, after all – and not just for the smokers and vapers.

Secondhand and thirdhand smoke can lead to health complications. One of the best ways to combat the effects of smoking is to never start. However, a recent report by the Campaign for Tobacco Free Kids found that Michigan ranks 45th in the nation when it comes to state-funding for anti-smoking and smoking cessation programs.

While overall smoking rates among teens are down, the use of other nicotine products – including e-cigarettes – is on the rise.

When it comes to protecting kids from tobacco, parents need to know what their children are exposed to – and help educate them on the dangers and risks.

“The current tobacco use – referring to any tobacco products including electronic nicotine delivery devices (ENDS) – among high school students currently stands at 22.8 percent, as of 2017 data,” says Elaine Lyon, a public health consultant with the Michigan Department of Health and Human Services.

Nationally, she adds, the rate is 19.5 percent. Which means the rate of Michigan teens using tobacco/nicotine is higher than average countrywide.

However, on a broader scale, the numbers are going down. In 2015, Lyon says, the rate of high schoolers that smoked stood at 29 percent, as reported by the Centers for Disease Control and Prevention’s Youth Behavior Risk Factor Surveillance Survey.

And when it comes to cigarette smoking specifically – so, not factoring in the other methods such as ENDS – the rate of smoking among high schoolers in 2011 was 14 percent and was down to 10.5 percent in 2017.

Lyon says the biggest challenge in combating smoking in teens and young adults comes from the ENDS devices.

“Over a-million-and-a-half kids over the past year alone began using ENDS devices,” she says. “The use of ENDS, or e-cigarettes, is drastically rising. It’s a huge problem.”

Lyon says since the first Surgeon General report in the 1950s that showed smoking was dangerous, there has been a commercial effort to normalize non-smoking. And now, in recent years, there’s been a similar campaign among tobacco companies to normalize the ENDS products.

“Our No. 1 goal is to prevent the initiation among youth and young adults,” Lyon says. “If you can get kids to never initiate tobacco, it’s better than trying to get someone to quit when they are highly addicted.”

The Centers for Disease Control and Prevention recommends that Michigan spend about $110 million per year on programs to prevent and help people quit smoking.

According to Lyon, however, Michigan only spends $1.6 million – and, meanwhile, tobacco companies spend $320 million in advertising in our state.

In order to prevent the use of any type of tobacco products, parents need to engage in educating their children of the dangers, Lyon says.

“There is a campaign out there that says ‘talk early and talk often,’ but I would say that applies to all tobacco products, as well,” says Lyon.

She says parents should introduce the topic at a young age, but it’s really important to talk to middle schoolers.

“I would particularly like parents to talk to kids about how tobacco companies target to them and market to them,” Lyon says.

She suggests searching the web for quotes from the tobacco industry about how their target market is adolescents and youth. It’s important to stress that kids need to make their own decisions, she adds, and not let a company decide what they want.

Lyon says several websites can educate kids about the dangers of smoking. In particular, The Truth Initiative has information presented in an age-appropriate way, as well as games to help reinforce the facts. And The Real Cost gives data on the risks and costs of vaping and e-cigarettes.

“I also recommend parents set up an appointment with their child’s health care provider and have them talk about tobacco use, including ENDS products,” Lyon says. “I would also tell parents to talk to the child’s school to make sure they have a really comprehensive tobacco-free school policy.”

Lyon says ENDS devices are designed to be small, discreet and even look like other products, like small cell phones and USB chargers.

Vape pens can look just like a regular pen, she adds, making it difficult for parents to identify if their children have one of the ENDS products.

“I urge parents to make sure they are doing research on this. You’ll be educated – and (then) something new will come up,” she says. “It’s ever-changing, and there is always something new on the market. Parents always need to be keyed in to what is available.”

She says some of the products are easy for teens to purchase. Several websites for purchasing ENDS products require no age verification. Which means protecting kids from tobacco and similar products really does demand vigilance.

“Most importantly,” Lyon says, “set a good example by being tobacco-free or stressing that it’s never too late to quit.”