After losing their daughter Emily to meningitis, parents Alicia and Michael Stillman created The Emily Stillman Foundation to spread awareness. 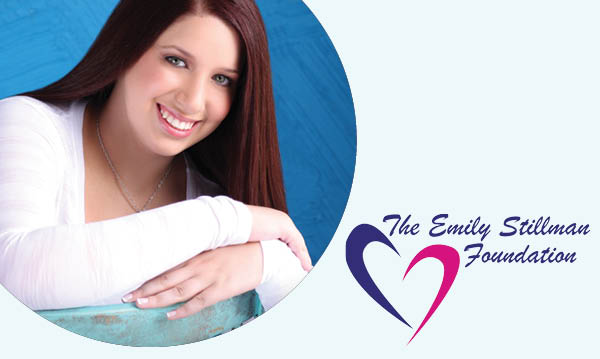 Alicia Stillman of West Bloomfield is on a mission to eliminate meningitis – the disease that suddenly stole her daughter’s life in 2013.

Emily, 19, was a charismatic student at Kalamazoo College with dreams of appearing on Saturday Night Live. But in late January, she wasn’t feeling well.

“Emily thought it was a headache because she was tired after studying for an exam,” Stillman says. “I thought it was because of flu season.” They had no clue it was serogroup B meningococcal disease. And in days, Emily was gone.

“My daughter died of a vaccine-preventable disease,” Stillman says.

Through The Emily Stillman Foundation, she and husband Michael are spreading that message.

Since first-year college students in dorms can be more susceptible, the Centers for Disease Control and Prevention notes, it’s a big focus as school season arrives.

Meningitis is a bacterial blood infection that affects the brain and spinal cord linings, according to the CDC. It spreads more readily in areas where large groups gather.

Symptoms can include headaches, vomiting, sensitivity to light and the appearance of a rash. Stillman advises students to treat symptoms like a 911 emergency.

But there is good news. Since 2014, the FDA has approved vaccines to protect kids against this strain. And, since June, it’s been available to all youth ages 16-23.

That’s due in part to Stillman’s efforts: She testified at the CDC’s immunization advisory committee this summer to expand coverage. Though no vaccine is 100 percent effective, Stillman says, “This is the best form of protection.”

Besides vaccines, Stillman advocates for organ donation. Emily was able to save five lives with six of her organs after her passing. The Stillmans recently received a “Shining Star Award” from the secretary of state in honor of their efforts.

“Nothing I can do will ever bring my daughter back,” Stillman says, “but I can make a difference in other people’s lives.”

Got college-bound kids? Get them protected. Vaccines are available to youth ages 16-23. Ask your doctor for details.

Learn more about meningitis and organ donation – or how to donate – at foreveremily.org.