The opioid crisis proves that our attitudes on medication have dire consequences. Protecting our kids means showing them better ways to manage pain. 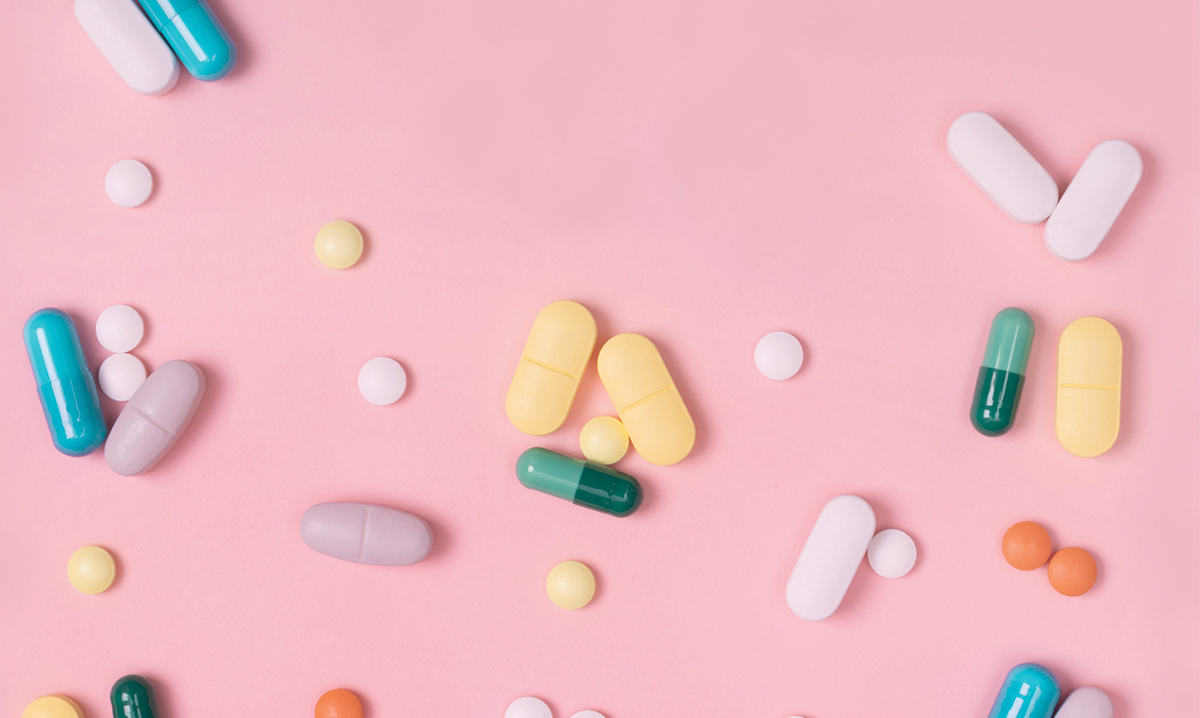 If you run to the medicine cabinet every time you feel an ache or pain, hoping for relief in a pill, you are “simply training your children to do the same,” says Dr. Rudolph Valentini, chief medical officer for Children’s Hospital of Michigan in Detroit.

But our pill-popping culture doesn’t encourage other solutions either, especially when you consider TV commercials for this or that medication.

It seems there’s a prescription for every ailment in the world, including anxiety, depression and ADHD, encouraging us to find the answers in pharmacology when we might fare better with alternatives – and fueling the well-publicized abuse of prescription opioids, a class of painkillers ranging from codeine to oxycodone.

“We are always looking for a fix, a pill, some means to heal. We feel like we can’t do anything” about our ailments, Valentini says, without resorting to some sort of medication, whether it’s prescription or over-the-counter.

Something else contributes to our quick-fix mentality.

“We’re stressed as a society,” says Bloomfield Hills psychotherapist Pamela Vaughan. “The cell phone and internet have upped our craziness and insanity and anxiety and depression by a billion. And when you’re stressed out, you want the fastest, quickest remedy.”

That may include running to the primary care doctor or pediatrician, “our first line of defense,” Vaughan continues. “If you have a kid who truly isn’t paying attention in school, for example, the teachers call the parents, the parents wig out,” and suddenly you’re in the doctor’s office.

If the doctor prescribes Adderall or Ritalin, “the body gets used to that. Eventually, the child might not perform without it, so you’re kind of stuck. It’s only when the body isn’t responding well that we might seek alternatives.”

That’s clear in the opioid crisis, which was triggered in the late 1990s after “pharmaceutical companies reassured the medical community” that these pain relievers were non-addictive, according to the National Institute on Drug Abuse website. It was then that health care providers began prescribing them with greater frequency.

And not without consequences: “21 to 29 percent of patients prescribed opioids for chronic pain misuse them,” leading about half of those patients to dependence or addiction, NIDA’s website adds.

And the government’s most recent Key Substance Use and Mental Health Indicators report notes 53 percent of people who misuse prescription pain meds last scored them from a friend or relative.

“The United States has 5 percent of the population, but they consume 80 percent of the opioids in the world,” says Dr. J. Bruce Hillenberg, clinical health psychologist and chief of Beaumont Health’s pain management services in metro Detroit.

Even young children aren’t immune. A study of hospital admissions from 2004 to 2015, published in March 2018 by the American Academy of Pediatrics, found the number of opioid ingestion cases doubled for kids under 18, with the biggest increase in children ages 1 to 4.

“This points to the fact that young kids are getting into their parents’ or someone else’s medication and swallowing it,” says online newspaper myStatesman.com.

Hardly the environment kids need to grow into healthy and happy adults.

There are other risks to medication: side effects that range anywhere from dizziness and drowsiness to worst-case scenarios of addiction and even death. Then there’s the possibility for overdose, especially when you mix a narcotic with alcohol.

Even an over-the-counter pain reliever like Tylenol has a downside: It can be hard on the liver especially if misused. Plus, when we rely too often on a pill, we miss the opportunity to consider healthier solutions.

“When we watch TV at night, we only see medication solutions to depression, pain” and other conditions, Hillenberg says. “But we don’t really talk about learning-to-cope exercises, massages and other (non-medicinal options), which is part of the problem. I’m a big advocate of appropriate medication use, but there is a kind of imbalance. Americans reach too quickly to medications to solve problems.”

The state of Michigan has already thought of ways to reduce opioid abuse. Recent legislation limits the number of opioid pain pills a physician can prescribe to a seven-day supply (even though some health care professionals have expressed concern over the legislation’s impact on acute pain management).

The law also requires informed consent: Prescribers must advise patients – including minors – of the dangers of opioid addiction and the proper way to dispose of expired or unused pills. Patients who are given prescriptions that exceed a three-day supply will require background checks through the Michigan Automated Prescription System, or MAPS.

Good news, since leftover pills can end up in the wrong hands, including those of minors tempted to raid their parents’ medicine chests – or sell them – leading to addiction.

“We know this is the right thing to do,” says Valentini, though physicians will need to manage expectations around pain; after all, some pain is inevitable after surgery. “But the only way to get to zero pain is with a really aggressive pain medication plan,” he adds, which can lead to overprescribing. And those leftover pills.

Is it time to rethink the way we use medication? Are there other ways to handle pain, for instance? Should we consider a wider range of solutions for conditions such as pain, depression or anxiety?

Yes, experts say – especially if we’re willing to feel some level of pain.

Talking about pain and meds

That includes both physical and emotional pain, says Beaumont’s Hillenberg. A good starting point for families is to teach children that pain is part of life.

“If the parents are using medications or are drinking to alleviate suffering,” he says, it sends the wrong message. Better that families try and cope with – and model the management of – pain in healthier ways.

It’s OK to talk about suffering with your children, he adds. “We all suffer emotionally and physically, but we also need to teach a variety of strategies,” such as exercise, which can be just as effective as an antidepressant. But don’t turn conversations about drugs into an “accusatory thing.” Instead, talk about the risks, the side effects.

Hillenberg thinks kids would benefit from grit and resiliency programs in the schools. “We focus so much more on success and less on values and being a good person,” Hillenberg says. Since our current emphasis on academic success overshadows the importance of life skills, he says, “We also need to be aware of the stress kids are under.

“Parents may not want to believe that their children aren’t vulnerable to grabbing pills here and there. But they need to be more mindful that meds like opioids and steroids are showing up in middle schools and elementary schools.”

Perhaps the simplest thing parents can do, he says, is “lock up their medication.”

A little physical discomfort is OK. Right? Not that stronger pain relievers don’t have their place, especially after major surgery, Francis says – if only for a short period of time. Yet even after wisdom teeth are removed, “teens are often prescribed Norco,” which includes acetaminophen and hydrocodone, a semisynthetic opioid. “But oftentimes, Motrin, Tylenol or aspirin will make them comfortable enough,” she says.

Adolescents that play sports take pain relievers “so they can run in the track meet or compete on the football field,” Valentini adds. “Sometimes, the simple use of rest and ice or an Ace bandage will provide relief without the side effects of medicine.”

“We try to encourage families to seek other options for headaches, stomachaches (and other ailments) … even if it’s just a supplement,” Francis says. Mindful meditation, baths, massage therapy and even acupuncture can be helpful, she says.

What is it? “Learning to have a less emotionally reactive mind, to go with the flow, to accept things as they are. We have a tendency to ‘awfulize’ the things we don’t want,” like pain – and anything that might help it, like physical therapy. “But finding the right exercise program releases endorphins that inhibit the pain system.”

And since negative thinking has poor health outcomes, “It is important for people to gather new evidence” – like an exercise program – “that supports positive thinking and optimism.”

But it takes practice. “We practice mindfulness when we drive safely,” says Hillenberg. “We’re alert, paying attention, trying not to overreact, maneuvering from thing-to-thing with awareness. When we’re mindful, we live in the moment. We’re fully present, not getting tangled up in our thoughts.”

Even something as simple as walking the dog can help us be more mindful, says psychotherapist Vaughan.

There’s no getting around it, though. There are times when kids need medical attention. And the solution offered may be a script from your physician. Is it OK to question the treatment?

Valentini thinks so. “I’ve noticed over the years a growing sort of healthy respect and dialog that comes from my families now, which is a good thing. They’ll ask, ‘Is this really the only way to go about this? Is there an alternative?’ So what I suggest is be informed, be assertive and challenge your physician, respectfully, for alternatives. When it comes to managing pain, though, sometimes, there really is no alternative, and the only way to resolve it is to use medication.”

Also, don’t be so quick to grab hold of the first suggestion, says Vaughan. “If time allows, do your research. Often, there are so many ways to go about addressing a medical issue than the first solution provided.”

And when meds are prescribed?

“We live in a society of education and information,” Francis says. “Whenever children are getting a prescription, make sure you also get the insert and read over the side effects and interactions. We all believe our physicians have our best interests in mind, but the buck stops here. We need to be completely responsible for what we are putting in our bodies and in our children’s bodies.”