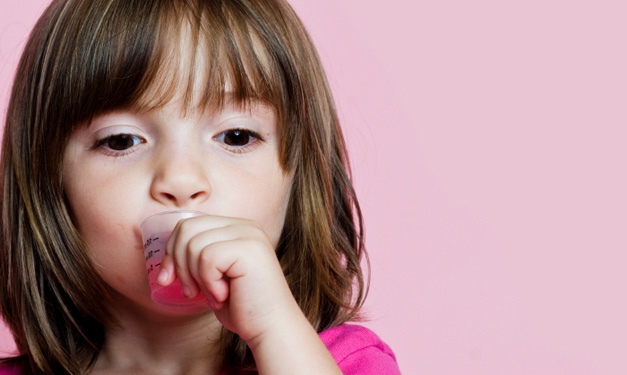 When the pediatrician hands you a prescription to fill for your child, do you ever question the safety of the medication? What if it’s approved by the FDA kids’ use? If you’re anything like those who took part in a national survey of adults by the University of Michigan C.S. Mott Children’s Hospital, you probably haven’t. Survey results noted 83 percent of parents thought their child’s prescriptions were FDA-approved. But the truth is that less than one-third of the medicines your child may be prescribed are designed for children.

Still, before you rush to the medicine cabinet or call up your child’s doctor, you need to understand why your child may be receiving these medications.

Some meds that have been proven safe and effective in adults are now being used in kids. Even though these medications haven’t been designed for children, there are dosing guidelines available to pediatricians. Yet using these medications in kids doesn’t carry the same seal of approval as those that are FDA approved for use in children, or what’s called pediatric labeling.

"The significance of pediatric labeling is that there is sufficient scientific evidence that the dose recommended is safe and effective for use in children," explains Dr. Matthew Davis, who directed the national survey. "Even though there may be dosing guidelines, if there is no pediatric labeling, then it’s not clear how much scientific evidence exists to show that the dose is safe and effective for children."

There are several reasons why your child may receive a prescription that doesn’t carry the FDA’s pediatric labeling.

Some conditions that were normally seen only in adults are popping up in youngsters. High blood pressure medications, once given to adults, are now being prescribed to kids. Some medications, which have been approved for some children, aren’t yet labeled for kids at younger ages. Albuterol, for instance, is commonly prescribed to treat breathing problems in adults and children alike.

FDA approval for medications can take upwards of 10 years, according to the FDA website. During the process, drugs must go through clinical trials when participants take the medications. That poses a problem when test subjects are kids. Despite parents’ desire to have FDA-approved medications for their children, they aren’t as willing to have their kids be the "guinea pigs."

"We know that parents, quite reasonably, may be concerned about having their children in research," Dr. Davis says. "That’s one reason why the rate of approval for use of medicine in children is much lower than for adults: There aren’t as many children available for research."

For common infections, it might not be too difficult to find enough children to participate in a study. But for "emerging problems, like high blood pressure, that would be a tall order," Dr. Davis notes.

Discussing choices with your child’s doctor

The survey points out that the majority of parents – 77 percent – "want their child’s doctor to prescribe only medicines that are FDA-approved for use in children." Yet that may not be the pediatrician’s first concern. "It’s not clear that pediatric labeling is the driving force behind the choice of medications doctors use," says Dr. Davis.

Parents may expect that doctors will broach the topic of pediatric labeling, but that’s often not the case. The survey notes that 94 percent of parents thought doctors were responsible for telling patients about whether medications were approved for use in children. Dr. Davis suggests parents take the initiative and talk to their child’s doctor about the medications he or she is prescribing.

Dr. Davis reassures parents that most commonly prescribed medications, like antibiotics, have been approved for use in children.

For other medications, Dr. Davis counsels, "I encourage parents to ask their child’s physician whether the medication being prescribed has pediatric labeling. If the doctor says it doesn’t, you should have a conversation with the child’s doctor about how the dose is being chosen and how they’ll know if the dose is safe and effective.

"Many pediatricians, myself included, often find ourselves in this familiar territory where we have dosing guidelines, but not FDA labeling," he adds. "We then have to go by our professional judgment."