The website, Losing a Puzzle Piece, is updated regularly with resources and posts related to the loss of a brother or sister. 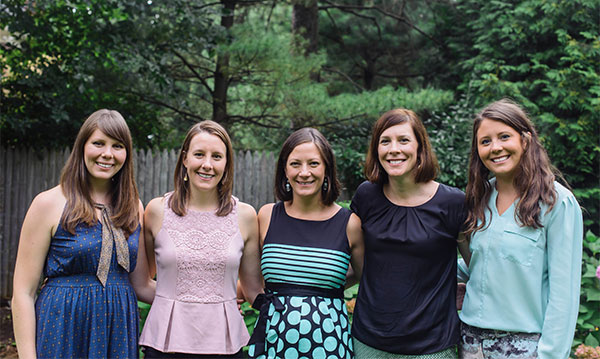 Sisters Jessica Conway Church and Shane Conway McCoin, originally of Birmingham, know the power of the sibling bond. Two of five sisters, Church and McCoin grew up surrounded by inborn playmates. The fun that was to be had at the Conway sisters’ home made it a popular base for neighbors to come play. Both Church and McCoin recall fond memories of car trips to visit out-of-state grandparents, attending each other’s many sporting events, and growing up with a group of siblings who always had their back.

The strong bond nurtured in their childhood evolved and strengthened in adulthood. It was tested, called upon and in many ways a Godsend when their eldest sister, Colleen, received news in October 2014, that the cancer that had been in remission for more than a decade had returned with a vengeance. Treatment was not advised.

Church, McCoin and their younger sisters immediately came in from across the country to be with Colleen. In the months that followed, the sisters took turns traveling in from out of town to assist with Colleen’s caregiving.

When Colleen passed away in early February 2015, her four sisters were at her side. In the months following their sister’s death, Church and McCoin rode a rollercoaster of emotions, and the books and grief resources they came across provided little solace.

“There’s a lot out there about the loss of a parent, which of course deserves attention too, but there was a real lack of resources about losing a sibling,” Church says.

The sisters decided to launch a website specifically for sibling caregivers and grieving siblings. Known as Losing a Puzzle Piece, the website is regularly updated with grief resources and posts from the sisters and other guest contributors sharing their grief perspectives.

“We learned the hard way that siblings are irreplaceable,” Church notes. “It’s such a unique bond. They are the only people who know you your whole life.”