SIDS Awareness and Prevention for Infants

Unexpected and inexplicable, sudden infant death syndrome is a terrifying thought for new parents. Learn more about the risks and how to protect your baby. 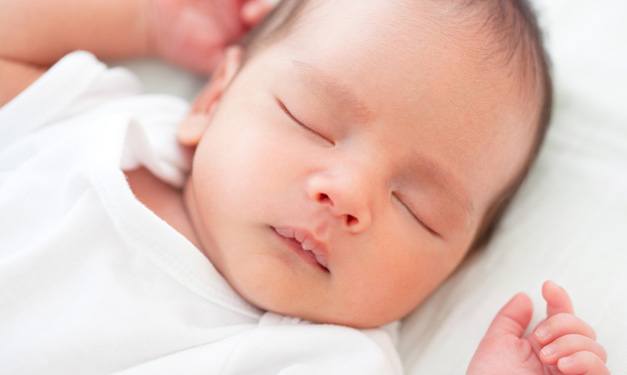 It often happens in cribs, when a little child is sleeping. And it’s the leading cause of death for babies between 1 month and 1 year old, according to the Centers for Disease Control – while most deaths occur between 1 and 4 months. During Sudden Infant Death Syndrome Awareness Month, in October, experts in southeast Michigan remind moms and dads of the dangers of SIDS – and how to avoid tragedy.

According to the National SIDS Resource Center, SIDS is the sudden death of an infant under age 1 that cannot be explained after a thorough investigation.

“We do know that certain things are linked to SIDS,” says Joshua Evans, MD, a pediatrician at DMC Children’s Hospital of Michigan. “We don’t know why these are tendencies that we see. Unfortunately, there are things we don’t have control over.” Evans points out that there is a small likelihood that SIDS will strike one particular family.

Because SIDS is unexpected and the cause is unknown, Evans says to focus on decreasing the risks. Moving baby’s crib into your room brings baby closer to you and facilitates nighttime feedings, he said. However, Evans cautions against sleeping in the same bed with your baby. “We’ve occasionally seen cases where a parent suffocates the child,” he says.

Cigarette smoke is a large risk factor. “If you are currently a smoker, you’ve got to take it out of the home,” Evans says. He points out other common risks: premature birth and having a brother or sister who died from SIDS.

The peak age for SIDS occurs at the same time that babies begin receiving immunizations. The CDC notes that this leads some people to believe that the two events are related. “There is no evidence linking immunizations and an increased risk of SIDS,” says Dr. Judith Klarr, director of the newborn and special care nurseries at William Beaumont Hospital in Royal Oak. “Actually, recent evidence suggests that routine immunizations may have a protective effect.”

It’s important all caregivers follow this simple rule: Always place your baby on his or her back, every sleep time.

Klarr says, “Infants who regularly are put back to sleep – and then an alternate caregiver places them on their tummy – are at greatly increased risk for SIDS. Up to eight times higher.”

Evans adds that babies should not sleep with toys in the crib – and all caregivers should follow this rule. “Especially at Grandma’s house, where they might want to put cute stuffed animals in the crib. This sometimes requires negotiation and reminders,” he explains.

Most experts do not recommend home monitors or devices marketed to reduce the risk of SIDS.

“No reputable sources should be preying on parents’ fears and endorsing home monitors,” Klarr says. “No scientific studies support their use, and they have never been proven to decrease the risk of SIDS. The same goes for ‘positioning devices’ marketed for sleep.”

Breastfeeding also has been shown to be effective in decreasing the risk of SIDS. “While exclusive breastfeeding offers the most advantages, any breastfeeding is helpful,” says Klarr. Mothers who choose not to breastfeed, or are unsuccessful, should focus on decreasing risks by adhering to other American Academy of Pediatrics recommendations for safe sleep: avoiding loose bedding; no smoking, drugs or alcohol during pregnancy; and consider using a pacifier.

Should you have concerns about SIDS, Evans says, your pediatrician should be happy to discuss these with you during your visit.

If you have lost a child to SIDS, find a local grief support group through Tomorrow’s Child Michigan SIDS. There are southeast Michigan locations in Detroit, Clinton Township, Walled Lake and Clarkston.