Sunscreen in Winter? Why It's Key for Kids, All Year Long 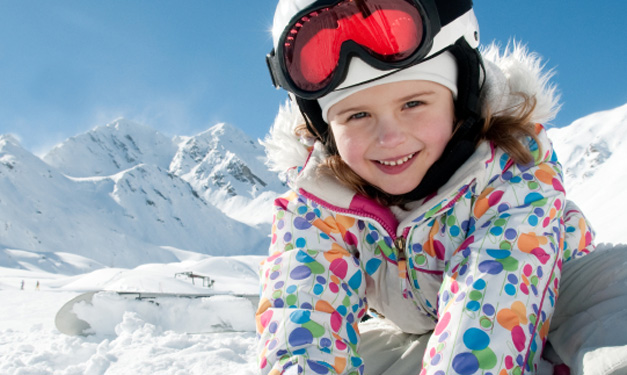 During the cold and dreary winter months, most Michiganders are looking forward to the return of sunshine and warm weather. What most families aren't thinking about is sunscreen usage – or protecting their children from the harsh ultraviolet rays that are beaming down on us year round.

A mere one in four kids use sunscreen regularly, notes a recent study published in Pediatrics. And adolescents who get sunburned at an early age are twice as likely to develop melanoma, a common type of skin cancer, later in life, according to the study.

But it doesn't have to be that way. Skin cancer is one of the most preventable types of cancer, according to the American Cancer Society – just as long are you're aware of when and how to protect yourself and your kids.

In a study called "Prospective Study of Sunburn and Sun Behavior Patterns During Adolescence," researchers focused on the sunscreen application habits of 360 fifth graders.

In just a few years, they found a severe downward slide. About half the kids said they regularly applied sunscreen in 2004. By 2007, when the researchers followed up with the same children, that number was down to 25 percent.

By the time the kids in the study turned 14, they were 60-70 percent less likely to wear sunscreen out regularly during the summer months, the study found.

The study also found that three-year span between ages 11 and 14 "is a critical time in developing attitudes about tanning and wearing sunscreen, especially among girls," notes a WebMD article about the study.

Whether it's coming from the sun or the tanning beds, exposure to UV light radiation can be modified to reduce the risk of developing melanoma, WebMD reports.

Not just for summer months

Just because the sun isn't beating down doesn't mean its damaging rays aren't making their way through the clouds.

Dr. Joanna Gammons, a board certified dermatologist at Gammons Wellness and Dermatology in Royal Oak, says many people have misconceptions about the necessity of protecting their skin during the winter months.

"A lot of people say you don't need to wear it because there's no sun, but you absolutely need to," Gammons says. She adds that rays that are damaging to the skin – and can cause skin cancers – still get through.

"Reflection of radiation from snow requires aggressive sunscreen protection – maybe even more than summertime as individuals participate in snow activities like skiing and snowboarding," Dr. Alex A. Khadavi, founder of Advanced Skin & Hair, told Stylelist. "Almost 80 percent of UV radiation is reflected from snow, while only 25 percent from sand."

Tips on how to protect your kids year round

Getting children in the habit of regularly using sunscreen during any season of the year is difficult, Gammons says.

"(Sunscreen) is sticky and burns their eyes, but they need to use it," she says.

Get even more tips on keeping kids safe in the sun.

Gammons recommends that parents find a formula that agrees with their child's skin, is gentle and PABA (para-aminobenzoic acid)-free. She also recommends using stick-style sunscreen instead of liquid on children's faces, because it is less likely to run into their eyes.

Encourage your kids to develop a sunscreen habit early on in life, because from birth to 30 years old, we're most prone to skin damage, she says, adding, "It's all about education."

The Pediatrics study noted that at least 50 percent of kids experience sunburns before age 11 – and again three years later. So, it concluded, "Targeting children in pediatric offices and community settings regarding unprotected UV exposure may be a practical approach."