Survey Finds Increase in Marijuana Use Among Teens 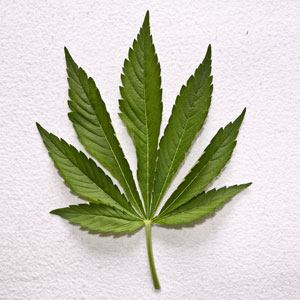 There’s some good news to come out of the 2013 Monitoring the Future survey. The annual survey – conducted by the University of Michigan Survey Research Center to examine the attitudes and behaviors of teens on various issues – found that there have been significant decreases in the number of teens smoking cigarettes and drinking alcohol.

But with the good news, there’s usually some bad. The 2013 survey results show that marijuana use among eighth, 10th and 12th graders in the last five years raised sharply. In eighth graders, the numbers increased from 5.8 percent to 7 percent, while it jumped to 18 percent among 10th graders from 13.8 percent. Now, 22.7 percent of high school seniors report they’ve smoked marijuana in the last 30 days – an increase from 19.4 percent over five years.

Jan. 27-Feb. 2, 2014, is the National Institute on Drug Abuse’s National Drug Facts Week, making this week an opportune time to look at the recent trends in marijuana use and what parents can do to keep kids from getting in too deep.

Another bit of the survey’s findings might explain why there’s been an increase in the number of teens dabbling with marijuana.

The results show for the eighth, 10th and 12th graders, the perceived risk and disapproval of marijuana has continued to decline over several years. It’s no coincidence, then, that the numbers of those using are inching upward.

“Whenever perception of a drug drops, you can guarantee that (usage) will rise,” says Dr. Charlene McGunn, executive director of the Chippewa Valley Coalition for Youth and Families, an anti-drug coalition based in the Chippewa Valley School District in Clinton and Macomb townships. McGunn’s coalition is also responsible for the group Mobilizing Michigan, created to inform the public of the dangers of marijuana usage among kids.

McGunn, who has conducted focus groups to study youth’s perceptions, says there’s “a great deal of confusion” about marijuana. “Any public sanction of marijuana,” she says, such as legalization, “sends a message to youth that marijuana is safe.” From her focus groups, she’s gathered that many teens now see marijuana as medicine, which they believe is safe.

However, it’s not. McGunn says marijuana “is an addictive drug for kids.” THC, the active ingredient in marijuana that causes the “high” feeling, has just about tripled in 20 years, McGunn says. Short-term effects of marijuana use are loss of coordination and memory, plus poor judgment and perception, NIDA For Teens notes.

Long-term, grades will start to fall, and kids will be twice as likely to drop out of school, McGunn notes. A teen that uses marijuana into adulthood is likely to lose IQ points, NIDA For Teens reports – even if they quit later in life.

Parents, educate yourselves and start talking to your kids about marijuana when your child is in late elementary school and middle school, McGunn suggests.

Need to know more before you have the talk? You can always visit McGunn’s coalition’s site to find resources for both you and your child, or Mobilizing Michigan, where you can register and download a tool kit, which will provide talking points and data to show kids.

There are a few ways to find out if your child is using marijuana. McGunn suggests looking at your child’s peers. If they’re hanging out with a group of marijuana users, it’s “very likely” your child will use, too, she notes. If you notice changes in motivation and grades, or you’re smelling marijuana and seeing your teen with paraphernalia, sit down and have a talk.

“Even if the adolescent denies (using), if they’re seeing issues that persist, they should seek assessment” by way of professional help or a community group, McGunn says.

“Parents and grandparents, family, schools – people need to be educated on the issues regarding marijuana and kids so they can tell their kids about the dangers,” she says. “We have to inject that into the public dialogue.”

Hanukkah celebrations are going to look different this year as families stay home and safe, but you can still make the most of it with the crafts, recipes and events in our at-home Hanukkah Guide.
Read more
Attractions