When it comes to swine flu, Michigan families are at low risk. However, a case at the Fowlerville Fair is a reminder to stay safe and healthy around livestock. 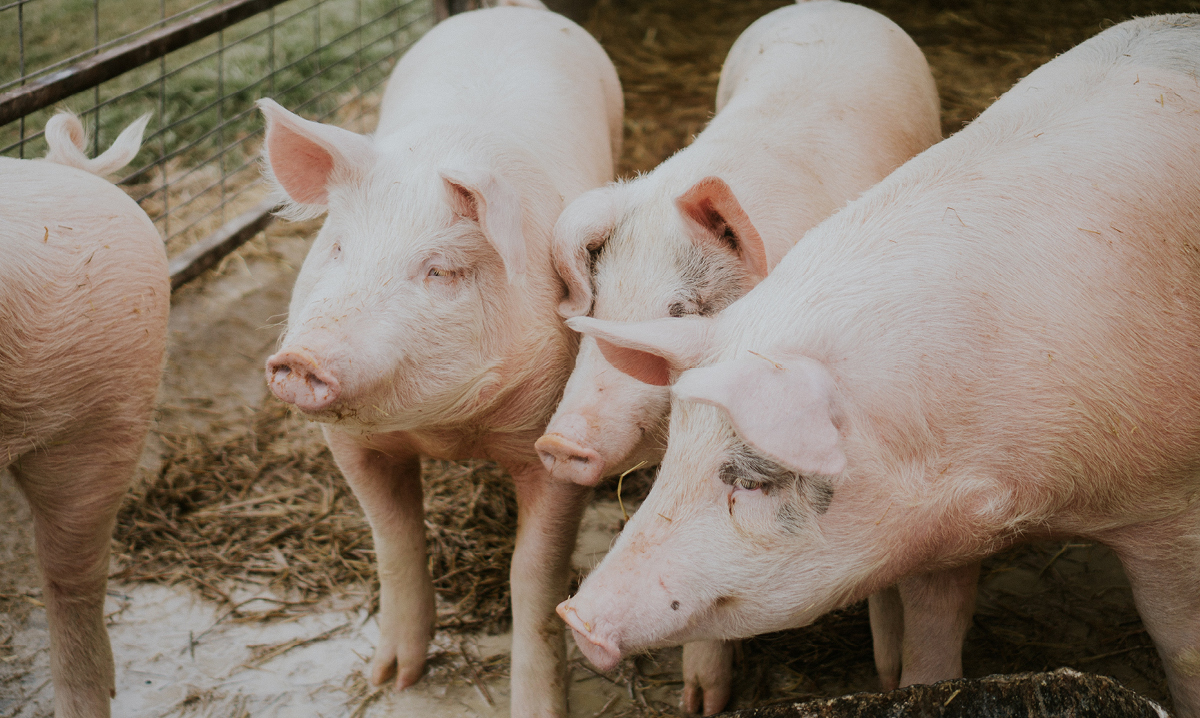 The web above Wilbur’s pen would have read “Sick Pig” if he were at the Fowlerville Family Fair recently. According to the Livingston County Health Department, in 2019, for the second year in a row, swine flu was present among the pigs in the small animal barn and livestock arena.

The fair ran July 22-27, 2019 and featured livestock events every day, including an “open swine show” on Tuesday, July 23. Fortunately, the flu was detected quickly, and the sick pigs removed before the livestock judging and auction events on Friday and Saturday.

Equally fortunate, no human cases of influenza A were detected. (That’s an improvement from 2018, where two cases were reported after the event.) The symptoms can take up to 10 days to appear. If you attended the fair – or if you ever attend an event with livestock where swine flu is reported – make sure to monitor your family’s health. Symptoms are flu-like and include fever, cough, runny nose, body aches, nausea, vomiting and diarrhea.

Pig-to-human transfer of the disease is very rare, and the health department emphasizes that it can’t be transferred through food. So don’t fret: You can still eat those porkchops!

The only reason to worry in a case like this is if you went in the pig house and interacted with the animals, because the illness can be caught when an infected pig coughs or sneezes on a person. Apparently, this is common at fairs, and the protocol is simply to quarantine the pigs until they no longer have a fever.

If you and your family plan to go to fairs with livestock this summer – or if you plan to visit any local farms – be sure to keep the following precautions in mind.

1. Don’t bring food or drinks into the barns.

Eating in barns surrounded by animal filth shouldn’t be something you want to do anyway. However, if you catch your kids trying to share their cotton candy with a pig, make sure you snatch it away before they catch something other than the animal’s eye. Influenza A spreads through mucus, and it is much easier for it to spread through food than through the air.

2. If you are on the ‘high risk’ list, avoid the pig and swine barns.

A “high risk” person is someone who is in more danger of developing complications, such as pneumonia, if they get the flu. This list includes: Pregnant women, children under 5, adults over 65, and people with long-term health conditions such as asthma, heart disease and immunodeficiency.

So, if you’re with a group, have grandma and grandpa watch the babies while the older kids investigate the pigpens.

This is a habit you should practice regardless of swine flu fears. Between the animals, the handrails on rides, food vendors and close proximity of people, fairs are breeding grounds for bacteria. Often the only bathroom options don’t include sinks, either, so make sure you bring antibacterial hand rubs or a bottle of water and soap to prevent your family from getting sick.

4. Make sure you aren’t spreading germs.

If you are sick, take precautions not to infect other people or animals. Don’t touch the pigs or other animals, and avoid contact with people. If you have a cough or are sneezing, make sure you’re covering your nose and mouth with a tissue – and dispose of those right after use. If you have a fever, it’s advisable to forgo the festivities.

Again, while it’s very rare for humans to contract swine flu, when cases pop up at public events that attract lots of people, it’s a reminder to keep yourself healthy. Make sure your family is well-informed – and take precautions at any fair you attend that features livestock.