Symptoms of Celiac Disease in Children

What signs and symptoms of celiac disease to look for, plus details on a gluten-free diet for kids. 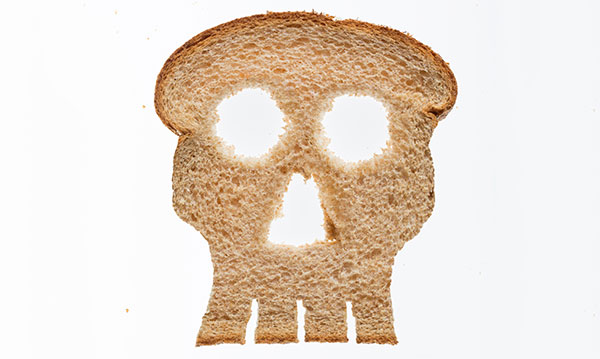 After having chronic stomachaches for several months, Marci Faro was diagnosed with celiac disease. This is just one of the signs and symptoms of celiac disease, and as the mom of three young children, she knew the odds of one of her kids having it were increased. Even more concerning, her five-year-old son was having gastrointestinal issues. All three of her children were tested through blood samples and two of them tested positive, leading to immediate changes for the entire family.

“Everyone in my household is gluten-free,” says Faro. “For me, the transition wasn’t too bad because I felt so horrible for six to eight months before my diagnosis and once we made the change, I felt great. Socially, it is harder, but I’m an adult and I can get over not having a piece of pizza. For my kids, it was a tough transition.”

Faro says she went overboard at Whole Foods after the kids were diagnosed, buying all sorts of snacks and food to figure out what they liked. Gone were the days of hot lunches at school and Goldfish crackers for snacks were replaced with a gluten-free diet for kids.

“I make all of their food for them. They bring lunches and all of their snacks to school,” says Faro. She says she gets birthday cakes at gluten-free bakeries and tries to fend off any problems at birthday parties by contacting the host in advance and making her kids their own version of the meals and treats.

Faro says she either does the work, or her family will pay with stomachaches, diarrhea and other gastrointestinal trouble.

Signs and symptoms of celiac disease

“The signs and symptoms of celiac disease can be very different because it can affect different systems,” says Dr. Najeeb Zoubi, pediatric gastroenterologist at the Children’s Hospital of Michigan. “However, diarrhea, poor appetite, weight loss or difficulty gaining weight and symptoms that are chronic in nature, or last more than four months, are the typical signs.”

Small children, particularly those who are short for their age or small compared to other siblings, might also have celiac disease.

“It is important for kids that are not growing very well to be screened for celiac disease. In the past, it was not something that we were paying attention to as doctors, but now as there are better screening tests, we are screening more and more,” says Zoubi.

Zoubi explains celiac disease is the inability to tolerate the gluten protein, which is found in wheat, rye and barley. Children can show signs of celiac disease as early as six months, when they begin eating solid foods that may contain those ingredients. However, people of any age can be diagnosed, even if they haven’t shown symptoms in the past.

“Celiac disease is hereditary, but it’s not one of those genetic disorders like sickle-cell anemia or cystic fibrosis. We can’t provide definitive odds of a child getting it. If one child is diagnosed, all siblings must be screened as well,” Zoubi says.

A blood test is used to determine if the person has a gluten-intolerance. If it is positive, the patient is referred to a pediatric gastroenterologist to perform an endoscopy with biopsies.

“We caution patients: Don’t just go on a gluten-free diet until after the endoscopy. Doing so can make the intestinal tract look normal, even if the patient actually has celiac disease. It can actually delay the diagnosis, which is something we don’t want to do,” says Zoubi.

While there is no known cure for celiac disease, there are ways to treat it, including a completely gluten-free diet for kids and adults.

“Those with celiac disease need to read all the labels and make sure that food doesn’t contain wheat,” says Zoubi. “Processed food is the problem. Take hot dogs. While you are thinking they are meat, gluten is used in the manufacturing process. We tell the families to avoid wheat, read labels and use the many websites available to them to check for gluten-free diets.”

Zoubi says with all of the resources available, following a gluten-free diet is much easier than it was even five years ago. There are many gluten-free options and restaurants have gluten-free menus.

“Restaurants were a big problem before. Families couldn’t eat out because things were mixed together and there was cross-contamination,” Zoubi says.

Faro says she knows of several local restaurants that cater to those who have to follow restricted diets. Renee’s Gourmet Pizzeria in Troy and Tom and Chee in Northville, Troy and Canton, all have facilities that allow them to keep ingredients separate and safe for those with celiac disease.

“Sometimes I just want to go out and go to this hotel or that restaurant without thinking about my celiac disease,” Faro says. “It’s annoying to go to a restaurant and ask a million questions. I just want to sit down and order. Being gluten-free requires a lot of planning.”

Zoubi notes that celiac disease is an immune response, which means, unlike an allergy, the reaction isn’t always immediate.

“You might not see the damage until a week after being exposed to the gluten and the damage can last for several weeks,” Zoubi says. As a result, he says it’s important to understand celiac and be vigilant for any cross-contamination. For parents, this can be overwhelming.

When Faro and her children were diagnosed, she knew she needed help so she joined the Tri-County Celiac Support Group. She is now the chairperson for the group’s pediatric arm, helping to plan outings and activities, in addition to assisting parents in navigating a gluten-free life.

“That group helped me through a lot of my questions. Just having the support was so helpful,” Faro says. “I didn’t know what else to do.”

In 2016, her family had been three years gluten-free, and Faro says they’ve adjusted.

“It gets easier,” says Faro. “You just have to get over the hurdles.”

After watching this sequel, try these activities with your family including a talent show, baked treats and dance party.
Read more
Guides

Ring in the school year and kiss summer goodbye at one of these Labor Day events happening in Macomb, Oakland, Washtenaw and Wayne counties in 2022.
Read more
Sponsored Content