A study shows how common abusive adolescent relationships are, with girls reporting higher numbers all around. Experts weigh in with advice for parents. 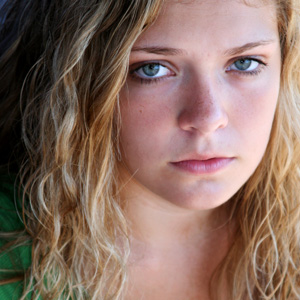 Abusive relationships among teens are more typical than you think, a startling study by the American Psychological Association says.

One-third of young people ages 14 to 20 said they have been victims of violence with someone they dated, it noted, and one-third said they have played the role of the abuser.

The study – which was called Growing Up with Media and analyzed 2011-12 data from 1,058 youth – also serves as a reminder that not only men are capable of abusing a partner.

How would you react if a male friend or your son told you his girlfriend was abusing him? It may be hard to swallow, but it’s a lot more common than you might think.

And it’s perhaps the most interesting point the study brings up: Young girls are almost as likely to inflict violence as they are to be victimized in an abusive partnership.

Local experts say that statistics of teen dating violence incidents and women as abusers are not necessarily increasing, but such cases are becoming more widely recognized.

“In many cases, domestic violence perpetrated by females against males is unreported,” says Tara Michener, the founding president of Professionals Against Bullying and owner/operator of Rochester-based Michener Associates Counseling Center. “Societal stigmas can prevent men from seeking help in abusive relationships controlled by their female counterparts.”

A surprising conclusion from the study backs up Michener’s point: “Girls were significantly more likely than boys to say they had been victims of sexual dating violence and that they had committed physical dating violence.” It found 41 percent of girls reported being a victim and 35 percent a perpetrator (for boys, the percentages were 27 and 29).

Is that because society doesn’t take abusive females seriously enough? Shame may play a role.

Interestingly, though, the APA study found that young people who were bullies as kids were more likely to repeat the violent pattern as adults; the same goes for young people who lack support at home.

To lower the likeliness of your child’s involvement in an abusive relationship, adopt an open-door policy.

Shirley Bavonese, a marriage and family therapist at the Relationship Institute, offers up some advice for parents who want to combat violent tendencies:

“The most you can do is make it safe for them to come to you,” she says, even if that means communicating in a way your kid is more comfortable with – for example, through texting.

For particularly closed-off or difficult cases, Bavonese advises bringing in a third party. “If they’re not willing to reveal the information and you know it’s going on, ask them, ‘Who would you talk to?'”

Michener agreed that speaking to someone who specializes in dealing with abuse is always a safe bet.

“It is a great idea to designate a safe-zone person to listen to problems and questions that teens may have in reference to their mates such as a counselor, advocate or mentor,” she says. “The initial answer is the same for both victim and abuser: If your child is involved in a domestic violence situation, be sure to get help from a professional.