The Dangers of Dripping

Do you know what dripping is? It's a vaping technique that has users putting e-liquid directly onto heated coils. Here's what parents should know about the dangers of dripping. 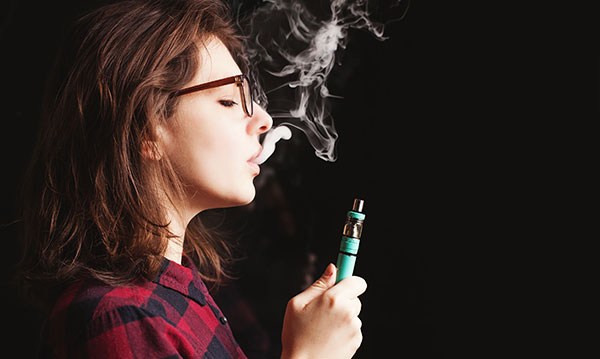 While vaping – inhaling and exhaling the vapor from electronic cigarettes – has gained popularity over the years, a new trend known as dripping has popped up.

Instead of regular vaping, some teens are trying the new dripping method where they drip the e-liquid directly onto a heated coil, which produces bigger clouds and stronger flavors, according to a study from journal Pediatrics.

Of the high school students surveyed, roughly one in four had tried the dripping method. The research shows that those most likely to try dripping are white male adolescents who had tried other tobacco products in the past.

Dr. Terrill Bravender, adolescent medicine physician at University of Michigan C.S. Mott Children’s Hospital, says many of his patients vape, though he hasn’t encountered any cases of dripping – in part, he says, because he wasn’t aware of the technique before the research published by Pediatrics and had not asked patients about different vaping techniques.

He says while vaping is seen as a healthier alternative to smoking, the chemicals users inhale aren’t entirely safe.

“The chemicals, when they heat up, turn into aldehydes, like formaldehyde. People who have long term exposure to these carcinogens have higher risk of leukemia,” he says. “The fact that you’re inhaling formaldehyde is concerning enough onto itself.”

As for dripping, Bravender says the risk for inhaling dangerous chemicals is present in normal vaping, but it’s intensified when using the dripping technique.

“They’re going to be inhaling even more formaldehyde,” he says.

Since dripping is more labor intensive than normal vaping (as users have to carefully drip the liquid onto the hot coils) Bravender says he hopes the technique will fade from popularity.

“I hope for most kids this is a fad,” he says. “I hope for dripping this is just something to try.”

Dripping could be lethal

“Some of the e-juice does have nicotine in it and about a quarter of the teens who use e-cigs actually use nicotine,” Bravender says. “If they’re using the nicotine, then if they happen to drip, they’re getting higher concentrations of nicotine, which can increase their risk of getting addicted.”

While rare, serious and fatal overdoses of nicotine do happen.

“Standard textbooks, databases, and safety sheets consistently state that the lethal dose for adults is 60 mg or less (30-60 mg), leading to safety warnings that ingestion of five cigarettes or 10 ml of a dilute nicotine-containing solution could kill an adult,” researchers found back in 2014.

Many of the e-liquid cartridges contain about 30 ml of nicotine solution.

How to talk to your child about dripping

Parents should be concerned about their children using any form of e-cigarette as their popularity grows, he says.

“They’re used much more frequently now than cigarettes and the argument is made that vape pens are safer to use, but that doesn’t mean they’re safe,” he says. “Some of the e-juice does have nicotine in it and about a quarter of the teens who use e-cigs actually use nicotine. If they’re using the nicotine, then if they happen to drip, they’re getting higher concentrations of nicotine, which can increase their risk of getting addicted.”

For parents who want to talk to their kids about the dangers of e-cigarettes, he says to incorporate the discussion into a larger one about tobacco products as a whole.

Looking for advice to keep your kids from smoking? This must-read post on protecting kids from tobacco, e-cigarettes and nicotine can help.

Note this post was originally published in 2017 and is updated regularly.