The Health Risks of Pot and Parenting

Secondhand marijuana smoke's effect on infants is at the center of a new study. What are the possible dangers – and what precautions are parents taking? 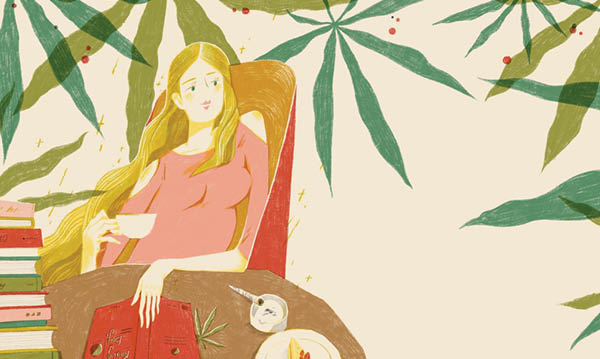 Marijuana use is part of day-to-day life for a Rochester mom* of one boy, age 3. While she’s used a vaporizer in the past, she currently prefers smoking.

There’s a dual dynamic at play. On the one hand, she says, cannabis has helped her be more patient as a parent: “I’m having a hard day and I’m very stressed out and it definitely brings (me) down to reality.” On the other, she’s gone to great lengths to keep her son’s safety in mind.

She never smokes in front of him. Instead, she waits until naptime or after bedtime, and only smokes in the basement or outside in warmer temps.

“We live in a really nice, large house,” she says. “My boyfriend double drywalled the basement, insulated it and then there’s a carbon filter as well as a fan system so it ventilates everything out.”

But there’s definitely a stigma tied to its usage, she notes.

There’s also little information about its risks – compared to loads of stats about the impact of secondhand cigarette smoke on adults and kids. In fact, even if you’re not a smoker, you can die from lung cancer simply by inhaling that smoke on a daily basis, says the American Academy of Pediatrics.

But now, as more states legalize recreational marijuana use, or medicinal use – like here in Michigan – one question comes to mind: Is there a risk to exposing your children to secondhand marijuana smoke?

Turns out, there is, says a recent first-of-its-kind study from Colorado, where recreational use is legal. THC was found in the urine of some young kids exposed to the smoke.

That’s something Matthew Gelmini, manager of respiratory care at Children’s Hospital of Michigan in Detroit, has witnessed during his 35 years with the hospital.

“Unfortunately we’ve had kids come into our hospital and (THC is) even present in some of our younger kids.”

Recreational pot use is legal in Alaska, California, Colorado, Maine, Massachusetts, Nevada, Oregon, Washington and the District of Columbia, Business Insider reports. While it’s not legal here in Michigan, the Mitten is among the states that have legalized medicinal use. Medical marijuana can be green lit for things like chronic pain and treatment for seizure disorders, Gelmini says.

Back in Colorado, researchers conducted a small study of 43 children who had been hospitalized for bronchitis between 2013 and 2015 to get a better understanding of the effects of secondhand marijuana smoke.

Parents completed a survey and urine samples were collected from all the children, ages 1 month to 2 years, involved in the study. Samples were analyzed for marijuana metabolites like COOH-THC, which was present in 16 percent of the samples.

This “does not imply causation of disease,” the study concluded, but “it does suggest that, like tobacco smoke, marijuana smoke is inhaled by children in the presence of adults who are using it.”

A shorter attention span, difficulty in thinking and problem solving, issues with memory and learning, loss of coordination and distorted perception are among the short-term effects of secondhand smoke from marijuana, Gelmini says.

“The THC can mess with receptors on the nerve cells in the brain,” Gelmini adds, which specifically impacts thinking and coordination.

Until more studies are conducted, Gelmini says parents need to be careful.

“A lot of people use it for medical use, so when we talk to people, we tell them it’s got to be like a prescription at home,” he says.

Lock it up, keep it away from kids and don’t smoke in front of them.

If you’re a medical cardholder with older children, Gelmini suggests talking to them about why you’re using it.

“Tell them it’s not legalized for recreational use,” he says. Educate them about the side effects, too.

The Rochester mom agrees parents must be responsible. As for her marijuana, it’s locked in a safe in a room with two locks. “There’s no worry for me, even if I was not around and he had free range,” she says of her son.

Here are some extras to consider for first-time overnight campers.
Read more
You