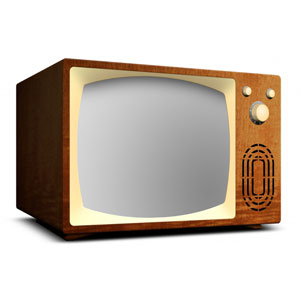 Families who got a new flat screen TV for the holidays may be ready to boot their clunky old cathode ray tube set and swap it for the cutting-edge set.

But for families with toddlers and small children, it's imperative the switcheroo is done safely. In December 2012, the United States Consumer Product Safety Commission released a data report revealing that 2011 was the highest year for deaths caused by TV and furniture tip-overs, with 41 deaths on record.

According to the CPSC, some of these incidents show that when families move their CRT tubes elsewhere in the home, they don't anchor them to furniture properly.

The CPSC estimates "more than 43,000 consumers are injured each year in tip-over incidents," with 59 percent of the injured consumers being children under 18. Falling TVs account for more than half of tip-over deaths, CPSC reports.

What are the statistics, and how can you ensure your child is safe from tip-overs at home?

The CPSC found that one child dies every two weeks when a TV or other furniture falls on them. Most of these children are between the ages of 1 and 5 years old. About 70 percent of the time, a TV accompanied with furniture – such as a dresser – falls on the child, they say.

In December 2012, Safe Kids Worldwide also released a research report titled "A Report to the Nation on Home Safety: The Dangers of TV Tip-Overs." Toddlers climbing furniture is the cause of many of the recorded injuries and fatalities, they report.

"Large, heavy and old cathode ray tube (CRT) televisions placed on dressers or high furniture could also slide off when a child tries to climb the drawers to reach the television or whatever else may be on top," Safe Kids Worldwide reports. "Because of its weight, a 36-inch CRT television falling three feet creates the same momentum as a 1-year-old child falling 10 stories."

When Safe Kids Worldwide surveyed parents for their report, they found that three of four parents didn't know about TVs toppling and causing injury to kids.

Once parents are aware of the dangers, they can childproof against these toppling TV or furniture injuries, however.

Diane Saincome, co-owner of D&M Toddler Inc., a childproofing and child safety company in Novi, says that she recommends parents use straps to mount their televisions to the wall or secure them on stands. But, she notes, securing TVs "to the wall is your better option."

Saincome says these straps can be found on the Internet – and D&M Toddler Inc. installs them, too. Other furniture such as bookcases or chests with drawers that can be climbed on "should all be secured to the wall," she adds.

CPSC also recommends that families keep remote controls or toys off of TV stands and furniture, which could deter them from climbing. All cords should be out of reach, too.

Safe Kids Worldwide suggests families check the stability of the TVs in their home and place CRT TVs on low pieces of furniture. Parents should install drawer stops on dressers so they cannot be pulled far out, and heavy items should be kept in low drawers and on low shelves.