Using a Retainer Instead of Braces

What does a retainer cost, what are the types of retainers and when should children use them? A local orthodontist weighs in. 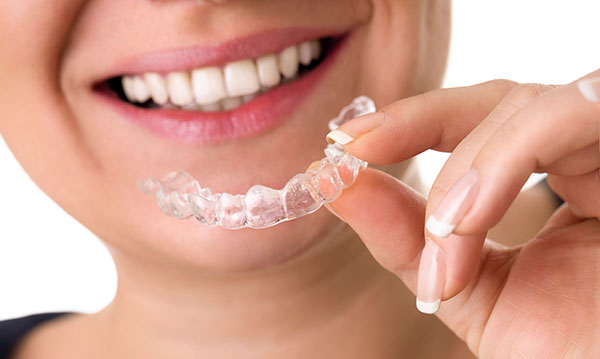 Clinton Township resident Carrie Cognitore’s son Joseph has to wear a retainer. After having braces to adjust his jaw and realign some teeth, he needs to wear a retainer until the next phase of his orthodontic care, which will happen in several years.

While the retainer makes it easier for Joseph to eat hard or sticky food, his mother says there is a much bigger responsibility for her son than when he had braces. Sometimes, she wishes they could go back to them.

“I can control what he eats, but I can’t control when he takes the retainer out or where he leaves it,” Cognitore says. “Last fall, right after he got it, he broke it when he was taking it out and playing with it.”

However, he is still wearing the retainer, something mom didn’t do when she had one after having braces as a teen.

“My parents invested money into my teeth, too,” says Cognitore. “Now, in retrospect, I should have worn my retainer. My teeth are starting to shift. I didn’t realize at the time how important it was.”

Fifty to 75 percent of children between 6 and 18 years old will have braces at some point, according to Delta Dental. When the braces come off, most of those kids will have to wear a retainer.

“Retainers are often used to hold the alignment of the teeth after you’ve had some type of orthodontic care like braces or Invisalign,” says Dr. Brynn Jezdimir, orthodontist at LakePointe Orthodontics in St. Clair Shores. “Occasionally, they are used for improving alignment or if a small number of teeth need to be adjusted, but most commonly they help support the improvements that have previously been made.”

While it is up to the patient to wear the removable retainer, the fixed one stays in place until it wears out, which can be several years. The downside of this type of retainer is that you are not able to clean around it as easily, therefore it’s only recommend in significantly crowded or spaced areas that would be hard to keep straight with only nighttime wear. Floss threaders are needed to clean under and regular six-month cleaning at your dentist office.

Dr. Jezdimir says it’s rare for her to just prescribe a retainer. Usually it comes as a treatment package of alignment and correction of a patient’s bite. It’s also the way the Cognitores pay for their son’s treatment.

“We paid for this phase of his orthodontic care in installments over the first year. It included his palate expander, braces and the retainer,” says Cognitore.

“Typically, we have patients wear the retainers about 12 hours per day. We encourage them to wear the retainers at home as to minimize the risk of loss or breakage,” says Dr. Jezdimir. “After the initial adjustment period, the patient will wear them nightly until the age of 21. Following that, they will wear them about three to four nights per week or enough to keep them fitting well.”

Dr. Jezdimir says she often recommends the patients wear them every night at that point just to ensure the teeth stay straight.

At a cost of $100 to $200 per retainer, many parents, like Cognitore find ways to keep the investment safe.

Cognitore says after breaking the first retainer, she decided that Joseph would only wear his retainer at home.

“Right when he gets home, he puts it in and he wears it overnight,” says Cognitore, who added that it’s also a way to keep it clean. “When we are out and he takes it out of his mouth, he has to worry about whether we have a case with us. He doesn’t like the taste of it when it is just air dried without being cleaned first.”

Dr. Jezdimir says keeping the retainer clean is also a form of protection. She says preventing the growth of bacteria will keep it from getting brittle.

“We recommend brushing them thoroughly once a day with a soft bristle toothbrush and a gel-type toothpaste. Anything else can be too abrasive. Retainers can also be cleaned with hand soap as long as they are rinsed well. Occasionally, they can be soaked in mouthwash,” Dr. Jezdimir says.

It’s important to brush them, rinse them and remove any saliva that has bacteria and protein that can calcify, Dr. Jezdimir adds. Never put retainers in the dishwasher or boil them. The heat can distort the material. For really stubborn plaque, a 20-30 minute soak in white vinegar will help.