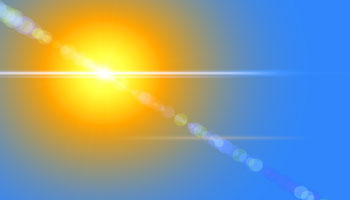 Vitamin D plays a substantial role in the bone-building process, along with developing a healthy immune system.

If you’re not getting adequate levels of Vitamin D on a daily basis, you are at risk of developing infections and autoimmune diseases.

According to the American Academy of Pediatrics, people should be getting 400 international units (IU) of vitamin D daily. In order to get enough Vitamin D, there are a few factors involved.

“People who don’t get exposure to sunlight are at increased risk,” says Dr. Hannan Alsahlani of Southfield Pediatrics.

The sun’s ultraviolet rays penetrate the skin, setting off a reaction in your body that produces the vitamin.

With darker skin, sun is not as easily absorbed, and according to kidshealth.org, “researchers found that 14 percent of the teens studied were lacking in vitamin D, with black teens 20 times more likely to be deficient that white teens.”

If you have darker skin, it is important to be aware that exposure to the sun will not have the same effect on you as it does on lighter pigments.

Here in Michigan, especially in the winter months, sun exposure is slim, so you have to make sure you’re getting the vitamin in other ways.

No, that doesn’t mean hitting tanning booths – which can cause other problems, including cancer.

“They have to make sure they are getting enough vitamin D supplements,” Dr. Alsahlani says.

Over-the-counter supplements can be found at any drug store or vitamin shop.

Supplements are also important for infants who are being breastfed, according to Dr. Alsahlani. This ensures that the baby is getting enough daily Vitamin D.

Try adding some vitamin-rich foods to your diet. These include eggs, vitamin D-fortified milk and other dairy products, in addition to fatty fishes and fish oils – which include salmon and mackerel.