Zits are the Pits: Talking about Teenage Acne

Help your tween or teen alleviate some of the anxiety classically linked to acne. 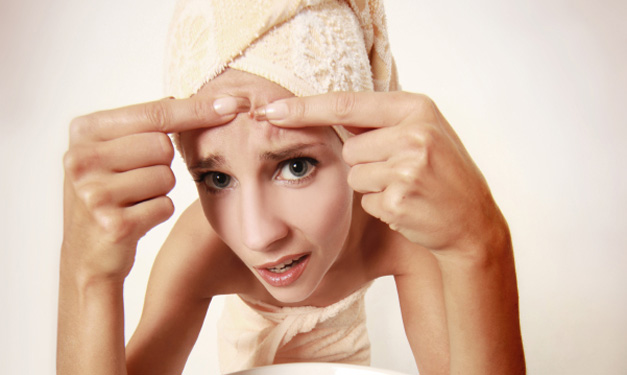 The acne years are part of almost everyone’s life. Depending on the severity, it can cover the face with angry red dots or, for some, leave behind dark scars or pockmarks.

Traditionally, folks suffered through the worst of it and moved on – that is, until their own kids hit their teens. So how can you help them navigate the anxiety of adolescent acne? Here, we address the issue – plus, in our June 2015 issue of Metro Parent, learn about summertime acne and how to handle it.

One of the first things behavioral health psychologist Greg Oliver suggests is to throw out a casual invitation to talk about acne with teens. “So you’re not pretending it’s not there, but don’t go into a panic,” explains Oliver, who works with the local Henry Ford Health System.

One of the biggest mistakes is to overreact. Your kid will likely become upset, and it’ll only prove their fear that the only thing everyone sees is their zits. Remain cool, and remind your kids that acne is only temporary and just a natural process that most teens go through.

Both Oliver and Dr. Tor Shwayder, director of pediatric dermatology at Henry Ford, advise putting the situation into perspective. “Is it one versus the entire face?” Dr. Shwayder asks.

Acne may seem like a constant battle, especially if after it goes away for a while – only to return with a vengeance. While no scientific studies have directly linked stress levels to outbreaks, it always seems to get worse before a date, test or social event.

“Don’t let it interfere with the child’s daily activity. Some kids will withdraw because of a perceived body dysmorphism,” Shwayder says. “Keep their attendance up, and (don’t) let that happen.”

Of course, that’s typically easier said than done. Still, try to take the focus off the acne and put it on family, friends and social relationships – not superficial stuff like zits.

Others might notice the acne, but they soon get over it and focus on the friendship and activities. While a pimple may feel like a spotlight attracting attention from everyone, most people will get past it.

Depending on the severity, take your child to see the dermatologist sooner than later. The largest risk with acne is scarring, which is hard to treat: Insurance doesn’t cover it, and it’s pricey. That said, make sure your teen isn’t picking at his acne. It only makes it worse and can create lasting scars.

You can help, too, by determining how much acne is hurting your child and, if you opt for treatment, assisting with putting the medicine on hard-to-reach areas. And remind your child to keep using the medicine.

Relating memories from your own childhood can help, as well. Even without acne, the teen years can be brutal; zits are just another blow to self-esteem. As with a bad hair day, encourage kids to joke about their acne with friends. Being lighthearted is key to moving on.

“You can’t hide it,” Oliver says, “but it’s not something that is a continuous focus for their peers, so it shouldn’t be a focus for the teen that’s going through it.”

This article was originally reported in November 2009.