8-Year-Old Learns to Drive on YouTube, Takes Joyride to McDonald’s 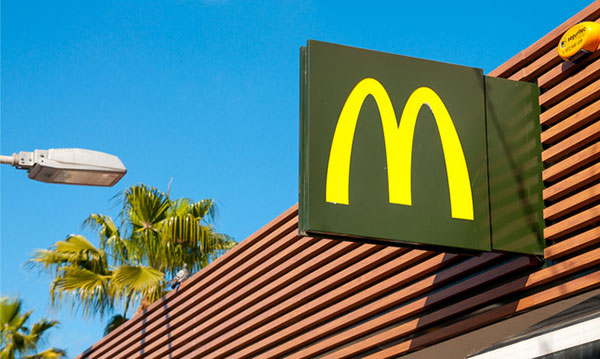 An enterprising 8-year-old craving some McDonald’s decided to take matters into his own hands – taking the keys and driving the mile and a half to the McDonald’s drive-thru.

He didn’t want to wake his sleeping parents, so he stood on his tiptoes to reach the hanging keys and took off in his dad’s van, making sure to bring along his 4-year-old sister as an accomplice, the Morning Journal reports.

The little guy from East Palestine, Ohio knew he’d need some direction though, and looked up a quick driving lesson on YouTube before hitting the road.

When the pair pulled up to order their well-deserved meal, the workers thought they were being pranked, the Morning Journal reports.

The case wasn’t one of neglect, says the officer. They had already eaten three meals that day, but were craving a cheeseburger, and honestly, who hasn’t been there?

Apparently, the boy drove perfectly, hitting neither mailboxes nor other vehicles.

“[…] the boy obeyed all traffic laws, stopping properly at red lights and waited for traffic to pass before making the left turn into the McDonald’s parking lot,” Jacob Koehler, a patrolman for East Palestine, told the Morning Journal.

“He didn’t hit a single thing on the way there,” he said. “It was unreal.”

Lucky for the little guy, he didn’t leave empty handed. Workers gave him a cheeseburger, chicken nuggets and fries while they waited for the children’s grandparents to pick them up.

The officer says there is a lesson in all of this.

“With the way technology is anymore kids will learn how to do anything and everything. This kid learned how to drive on YouTube. He probably looked it up for five minutes and then said it was time to go,” he says.

Another reason to keep an extra good eye on your tech-savvy little ones.

It’s been reported that the 8-year-old will star in the next Fast and Furious film.

Do you think the dynamic duo should have gotten a timeout for the escapade? Or will kids be kids? Tell us in comments.