An Indiana photographer is facing backlash after photographing a baby in a pink bunny suit, fast asleep and holding onto a faux weapon. 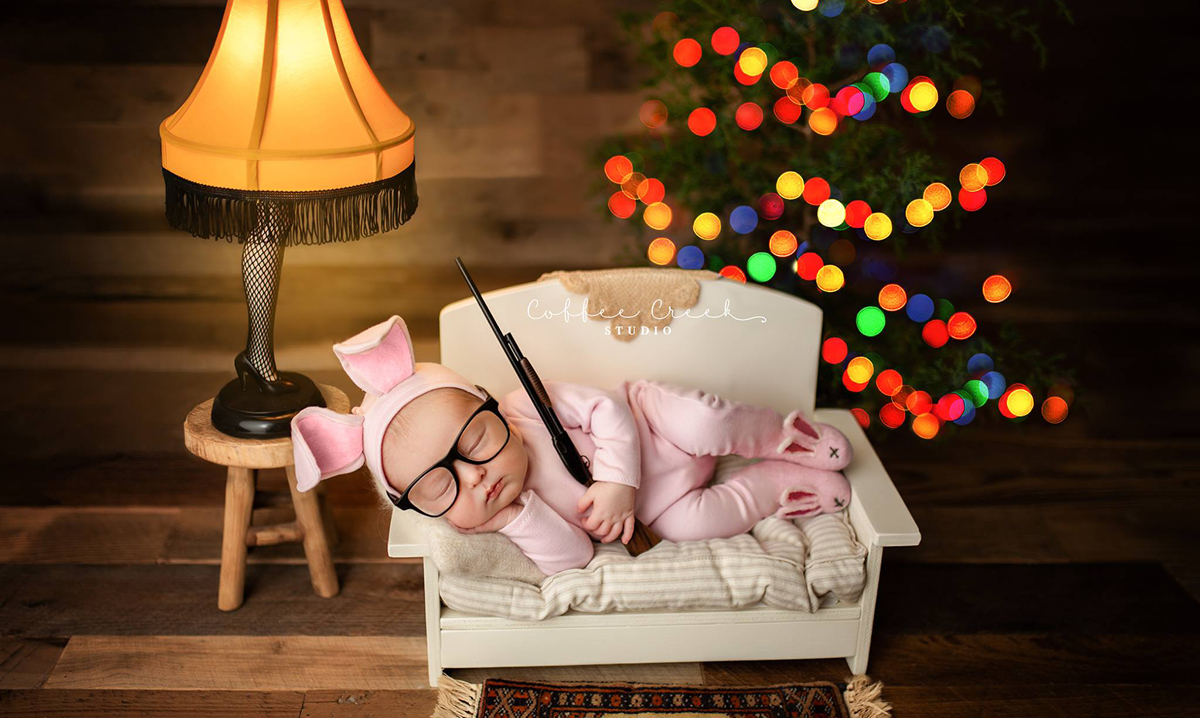 “You’ll shoot your eye out!” Well, not really. In this case, the gun is just a prop. But still, that’s likely a common thought among the people voicing their concerns over Amy Haehl’s A Christmas Story-themed baby photo shoot.

It all started innocently enough, with a cute concept inspired by the 1983 cult-classic flick.

Your baby’s early years are so precious, and capturing those moments while they still have their little baby feet and chubby baby arms is so important.

And finding a photographer that is able to pose your baby – not crying – in an elaborate scene that sparks this much popularity is actually a pretty tricky task.

But the photo posted on Haehls’ Facebook page created a fair amount of controversy, too.

Granted, the gun is most definitely fake. Haehl even made a point to address the fake weapon before posting the photo, according to IndyStar, noting in the photo’s caption:

**Disclaimer** the BB gun is made of wood to ensure that he did NOT shoot his eye out during the creation of this photo.

But that didn’t stop people from freaking out.

One viewer commented, “Extremely distasteful. How do you think the parents of the babies that were killed in Newtown would feel looking at this photo? Guns are never ‘cute,’ not even as a prop or movie reference. Disgusting.”

And this is where the record scratches and the movie stops and you realize that this photo shoot may have been a bit insensitive to all of the victims of gun violence – especially the children who were killed in their own schools.

But let’s not forget that this was completely based on a family Christmas movie. And, as Haehl wrote on her Facebook wall after all the hateful comments flooded in, “The intention of this photo was to bring a smile to people’s faces,” she said. “This photo is not about a baby posed with a ‘gun’ … it is about love, tradition, family and happiness.”

I think Haehl is right. It’s based on a movie that families watch more than once on Christmas Eve and Christmas morning – because TBS plays it continuously on those days.

So are we going to ban A Christmas Story for everybody because the main character in the movie actually uses a real gun?

A line needs to be drawn when bringing guns into the picture with young children, obviously, but not with this photo shoot.

What do you feel about this photo shoot? Do you think it was cute or crossing the line? Let us know in the comments.

A local mom of two shares the parenting mantra that she lives by.
Read more
Advice