Allowing Your Teen to Have Sex – In Your House 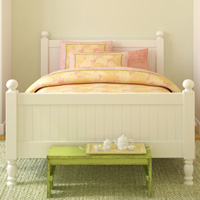 There's that quip parents make about "locking up my daughter till she's 30." Such moms and dads likely won't be amused by the house rules of Marcheline Bertrand – the late actress, producer and mom of Angelina Jolie.

Quite the contrary, Bertrand let one of Jolie's boyfriends live with her now-famous daughter back when she was 14. Yep: high school freshman territory.

"It was the smartest thing my mother could have done because, this way, we weren't hanging out in a park together," Jolie said in an interview with The Sun that's been buzzin' about the blogsphere. "We lived like a married couple for two years. By the time I was 16, I wanted my freedom and wanted to focus on work."

Apparently, it panned out: Jolie graduated from high school early, got to work – and didn't even bother dating again till she was 19. And, she told the Brit pub, being her "mum's girlfriend" was a positive thing.

Granted: The 36-year-old superstar's family antics have grabbed headlines before, from lip-locking her bro to parenting her own big brood of six with Brad. And while this "news" is garnering all sorts of hubbub, too, it's also re-sparking some pretty interesting debate about the co-ed teenager sleepover.

Just look at Dutch moms and dads. Their more liberal stance on the subject – and why it just might be a good thing – offers a different spin on the celeb-shock slant. See, Amy Schalet – a kind-faced sociology professor from Massachusetts who's an expert on adolescent sexuality – has done her share of digging into Netherlands parents' approach, and found some surprising stuff.

"They permit sleepovers, even if that requires an 'adjustment' period to overcome their feelings of discomfort," Schalet explained in a reported titled Sex, Love and Autonomy in the Teenager Sleepover, "because they feel obliged to stay connected and accepting as sex becomes part of their children's lives."

Appears it's a pretty popular approach in those parts. Schalet cited a Statistics Netherlands survey that found "two-thirds of Dutch 15- to 17-year-olds with steady boy- or girlfriends are allowed to spend the night with them in their bedrooms." And that was back in 2003.

The results? A lot more kids there use birth control from the start (64 percent in Holland vs. 26 percent in the 'States), noted a post in the New York Times Motherlode blog – and, strikingly, very few regret their first time (about 66 percent here; only 9 percent there). Of course, that doesn't happen in a vacuum, and it's coupled with open communication and the like.

Still, culturally, America isn't the Netherlands. And, getting back to Angie, you could easily argue – and plenty have – that Jolie's mom's approach was flawed, irresponsible or downright reprehensible (take your pick) … and that, judging by her track record, it didn't do her daughter any real favors.

That's what's sticky, though: There's not a whole ton of context – and Bertrand, who died in 2007, can't exactly spell out her rationale. But among the usual snarky backlash (personal fave: "Note to self: Do not buy Angelina Jolie's Guide to Parenting"), there are some genuine arguments.

"I can see that Angelina Jolie thinks it was a great upbringing – who wouldn't if they were allowed to do as they pleased? – but that does not make a great mother," chimed in one Avam2009 on Huffpost Celeb. "Being able to actually raise your children, let them be children, and say 'no' when needed is what makes a parent (let alone a good one)."

Capturing what may be a minority view, an Ofalaska countered, "Not too odd. I grew up in Studio City close to where she did, and stayed overnight at girlfriends' homes while their parents were home at the same age. It definitely made for more sexually sophisticated teens, like it or not."

P.S. Celebs aside, if you're looking for some ground-floor insight on all this, watch for Schalet's book Not Under My Roof: Parents, Teens and the Culture of Sex, due out in November 2011. It includes personal interviews with plenty of ordinary Dutch and American parents and teens negotiating "love, lust and growing up."