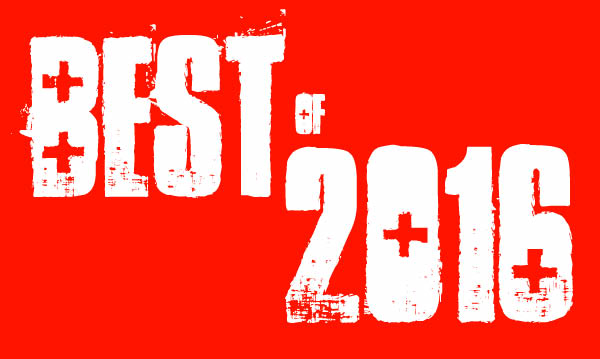 Boy, has this year been a ride! From internet challenges that pasted your teen’s face with 100 layers of makeup, to that lady that kicked the cake, a presidential election, the Olympics and beyond, 2016 has been a year of hilarious highs and cringe-worth lows – and parents didn’t get out of it unscathed either. All year, Metro Parent has been highlighting the best and worst parenting moments, and here, we’ve handpicked the top eight for your enjoyment. Take a look back at those “oh mother” moments, and ring in 2017 with a laugh.

15-year-old Alex wanted to know the amount of money left on her Sephora gift card, but she ended up accidentally charging her mom’s credit card $733 instead – whoops. The teen had filled her cart with all the makeup she could dream of, and then at checkout, thought she was swiping her gift card to see what was on it. Turns out, she grabbed the wrong card: mom’s credit card. The teen freaked, called customer service, texted her mom, and then waited for slow painful death to arrive. Sephora couldn’t cancel the order, but instead of killing the teen, her mom forgave her, and even let her keep the haul.

Ryan Reynolds, the guy behind Van Wilder and Deadpool, got some serious dad points this year after releasing a video of delivery room tips for dads. In the minute-long flick, he offers suggestions on being in the room (do it), knowing your place (you have no place), what to say, and what not to say – and he does it in the crude and over-the-top humor that we all know and love.

Remember that scene in The Lion King, when Rafiki holds Simba up for the entire animal kingdom to see? A new trend at NBA games brought that moment to life – and to the big screen. It’s called the Lion King Cam, and it’s along the same line as the classic “Kiss Cam,” except instead of kissing, you lift your child to the cheering crowd. It started out as a basketball thing, but has spread to other sports, including baseball, and is totes adorbs.

Breastfeeding has been at the center of controversy this year, and moms everywhere are getting fed up. An anonymous woman posted to the Facebook page, Dartford Gossip, that a breastfeeding woman squirted breastmilk at her, after anon asked her feed her baby elsewhere. Anonymous was hoping to get sympathy from the Facebook group, but was instead met with messages that supported the breastfeeding mom, and condemned anon’s actions.

Mom Dropkicked a Cake in a Local Kroger

One local mom from Bloomfield Township was not happy with how Kroger had made her son’s Batman v. Superman birthday cake, so she tried to step behind the counter to fix it. When staff said ‘no,’ she dropkicked the cake across the bakery, and kicked a wet floor sign over as she left. Police quickly found her off of the bakery’s custom order records, and she told them that she just dropped it, despite eyewitness accounts. It came out later that the same woman had hit an employee at a Royal Oak ice cream shop last summer after the shop ran out of the ice cream flavor that she wanted.

Mom Asks for New Car After Delivering in the Backseat

When New York resident and editor of a website called Reductress, Beth Newell, went into labor with her daughter, she thought that she would have enough time to make it to the hospital. She was wrong, and ended up giving birth to her daughter in the backseat of her Honda. The process left her car a mess, so she tweeted to Honda asking them for a free car. It was just a joke, according to Newell, but Honda replied, and the new mom got a free cleaning and a new seat.

17-year-old Mckenzie Strange got a real surprise when she opened her school lunch, and found that her mom had packed her a Four Loko. For those that don’t know, a Four Loko is an alcoholic drink that is packaged in a can similar to Monster or Rockstar energy drinks. The pack belonged to Mckenzie’s 23-year-old brother, but mom didn’t know that, and popped the drink into her daughter’s lunch. It was an honest mistake, but we’re sure that it raised an eyebrow or two.

Nothing makes a guy uncomfortable quite like pads and tampons, so much so that many of them avoid the sea of pink altogether. For a dad, however, avoidance isn’t always an option, especially when your teen asks you to pick up a pack of pads. When one UK dad found himself drowning in liners, wings and jumbo-sized tampons, he texted his daughter for help, and the conversation that ensued was downright hilarious.

Which Oh Mother moment was your favorite? Tell us in the comments.