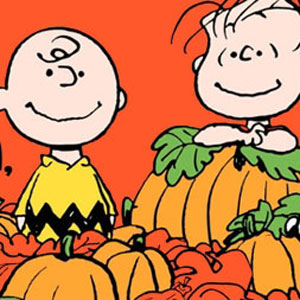 Now 44 years old, the animated classic It's the Great Pumpkin, Charlie Brown has become a Halloween staple in many households. It's remembered for its dry humor, jazzy score by the Vince Guaraldi Trio and memorable scenes like Lucy sketching out her jack-o'-lantern design on the back of Chuck's bald head.

But the jabs against Charlie Brown and the overall tone of the program have at least one parent questioning the appropriateness of the classic Halloween special for today's audience.

Dad blogger Buzz Bishop of Babble.com recently argued that the 25-minute cartoon shouldn't be considered appropriate by modern parents, as its themes and approach are outdated.

"The show is riddled with the kids calling each other stupid, dumb and blockheads," he writes. "There is continuous teasing and bullying. Charlie Brown is supposed to be the hero; instead, he is kicked and demeaned at every turn, even by the adults giving out candy."

Under his blogging pseudonym, DadCamp, Bishop attacks the show for its approach to bullying, which he says is presented as "a regular part of growing up."

But isn't it, though? Charlie Brown is supposed to be an everyman. He gets that football pulled away from him every time, but he tries and tries again. He's a genuinely good person and, in the end, he doesn't care what the naysayers think. Heroic, if you ask me.

Fans of the cartoon and parents around the Internet have taken issue with his critique.

"I have no problem with you raising your children the way you want to," wrote commenter Allan. "I disagree, however, with your methods … Charlie Brown is good, moral programming with important lessons."

Writes commenter K-Dad, "Every kid is going to face times in life when they feel they are the outsider. Trust me, the parents who 'care enough' to not let their kids watch Charlie Brown are not going to be the parents of the kids doing the bullying."

This is in response to Bishop's claim that the kids who are doing the bullying in the show are never held accountable for their behavior.

In his response to all the feedback, Bishop has stood his ground that the show was from an era that had misguided ideas about appropriateness. But stretches his metaphor pretty far.

"Blackface was funny once … times change, attitudes evolve," he says.

It's a bit hard to follow someone's logic when they make leaps as big as comparing Charlie Brown to blackface.

Also in his criticism, Bishop takes issue with the Snoopy subplot, where the imaginative beagle make-believes his doghouse is a WWI fighter plane – a brilliantly designed and animated scene.

"Don't even get me started on Snoopy's World War I flying ace alter ego and the crazy, bloody war imagery that follows as a subplot. This is a show for kids?"

In reality, there's no blood in said scene. It's just Snoopy pretending to be in a mid-air dogfight with an invisible Red Baron. Ever since I was a kid, it's been my favorite part of the special.

I feel like we have to stand up for cartoons like The Great Pumpkin. It's a beautifully animated, whimsical story that is a cherished part of many people's childhoods. Merely hearing the music now gives me nostalgia so strong I nearly cry.

But maybe that's what parents like Bishop fail to see. These cartoons are not necessarily meant to be cheerful. The Peanuts TV specials are dark and moody, which might make some uncomfortable. The way that these pensive kids talk about life and deal with heavy existential questions can, well, sting a little bit.

But these are important lessons for kids to learn. Sometimes life is tough, but there's always virtue in optimism and having some faith. Take it from Linus when he says, "Just wait till next year, Charlie Brown. You'll see!"