Breaking News: Dads Take Care of Their Own Children 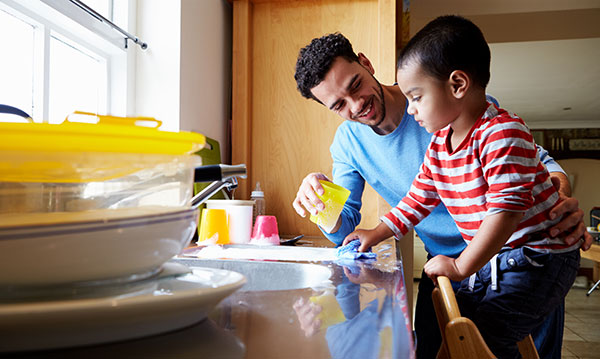 If you saw the headline “How Vital are Women? This Town Found out as They Left to March” on your Facebook feed or Google Alerts recently, did you assume the satirical news site The Onion has posted it?

Well, if though it was a joke, we assure you it was not.

In fact, the New York Times published the story, written by freelancer Filip Bondy, a former sportswriter for the Daily News.

The story details the trials and tribulations of men left to fend for themselves and their children (the horror!) while their wives are away at the Women’s March and other sister marches in the predominately liberal Montclair, New Jersey. It harks back to 1950s America with lines like “I did have to laugh at the irony of my wife marching for equality in New York while I was missing the game and cleaning out the refrigerator.”

What many commenters find most offensive is not the content of the story (though that was certainly offensive, too) but rather the fact that it was written at all. Twitter users were quick to point out that an article about women caring for their own children would not have been considered newsworthy.

Corrine Purtill, a journalist for Quartz, said “I took care of my kids while my husband was away for work last week. @nytimes when would you like to interview me?”

Bondy responded to the criticism with the tweet, “Mea culpa. I treated child care lightly, and it is the cornerstone of equal rights. I was watching my granddaughter when the Twitter storm hit.”

Bondy’s “my bad!” apology doesn’t seem to focus much on the women he offended and the men he belittled, though his explanation for the piece does makes sense if you ignore that American women have been fighting in wars for decades.

“The piece seemed to reinforce three old-fashioned tropes about gender and parenting: Men can’t handle parenting tasks; men who manage to handle the basics of parenting are exceptional and worthy of a news story; and parenting is fundamentally the work of women,” the Huffington Post reported.

A few commenters were less critical of the article. Tudor (@thegiantvermin) wrote, “Everyone is harsh to this NYT article, but man, toddlers are hard. Easily takes two of us to wrestle down one kiddo.”

Others, like David (@gigthem08) wrote, “The NYT would have you believe that every father in the country is a sitcom dad that can’t tie his own shoes.”

Do you think the story was a bad idea, or do dads deserve some recognition for holding down the fort while mom is away? Tell us in comments.