The swing set was behind a fence at a communal garden and allowed to be there, but the city council ordered in removed because of possible risks to others. 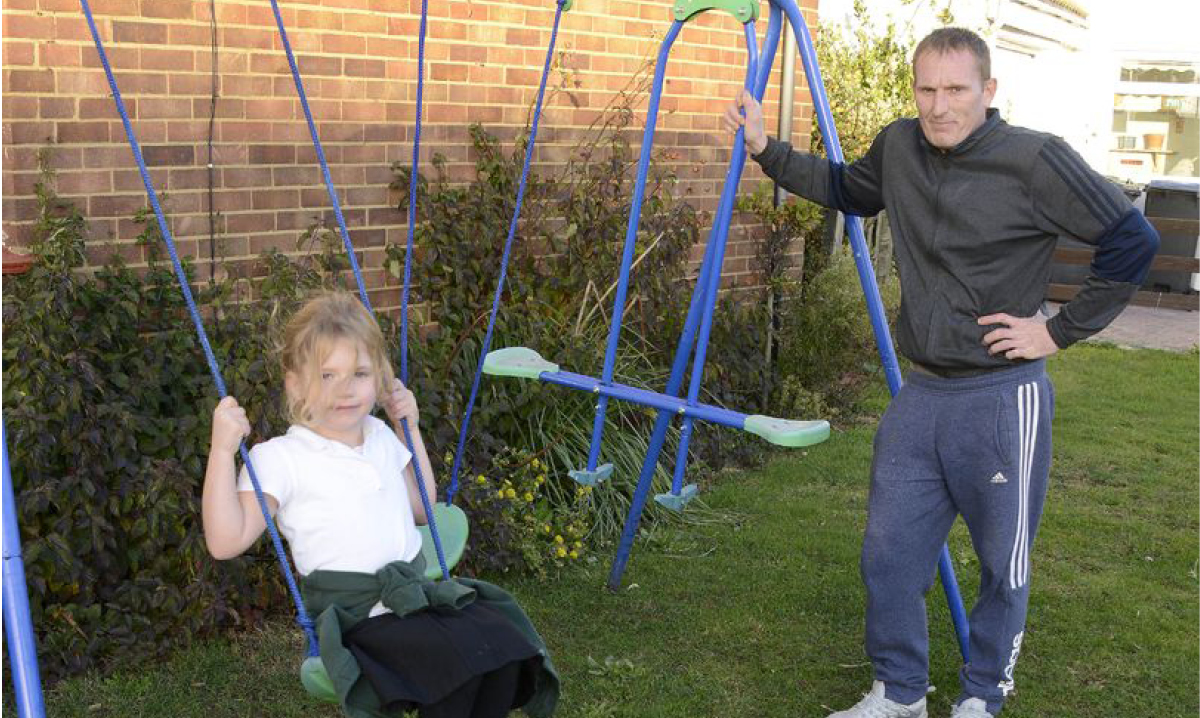 I got my first swing set when I was about 6 years old. It was made of wood and featured two blue swings, a yellow slide and a pair of trapeze hoops.

I don’t remember exactly how long it took my dad to put it up, but I remember watching and helping him as a small gaggle of neighborhood children started to gather near the fence in our yard.

Once it was complete, the local kids asked to play on it and, since we knew each other and played together every day, of course I said yes.

We played on that swing set for years, and when my nephew and nieces were born, they and their friends played on it, too.

That swing set must have seen at least 100 kids – not to mention numerous neighborhood cats – and it was never a big deal.

But apparently swing sets are a big deal in some towns. Apparently, they’re a threat to our kids – or at least that’s the excuse the Canterbury City Council in England used when they ordered one Tony Carter to remove his 4-year-old daughter’s swing set.

See, Carter put the swings up behind a three-foot fence in a communal garden after receiving permission to put them there two years ago.

His daughter, Marnie, played on them with her friends – until the council called Carter and told him that unless the swings were under constant supervision, they posed a danger to kids that hopped the fence and must be taken down.

Carter tried to compromise with the council by asking if he could clip the swings up when the set was not in use. They said no.

And so the swings came down.

Of course, little Marnie was totally distraught about losing her swings and confused as to why they had to go.

And, quite frankly, so are we.

Sure, having an unattended swing set could open the door to frivolous lawsuits, but that’s not what the council cited as a reason. They’re concerned about other kids’ safety, which, let’s face it, already isn’t guaranteed.

We do our best as parents to keep our kids safe, but there are still internet threats, dangerous YouTube challenges and other concerns (for example, American gun violence) that generations before never really had to deal with as kids – and really don’t know how to handle.

It seems like open-air swing sets should really be the least of anyone’s concerns right now.

After all, broken bones and scraped knees come with the kid territory.

What do you think of this story? Do you agree with the council’s decision or do you think it was unnecessary? Let us know in the comments.