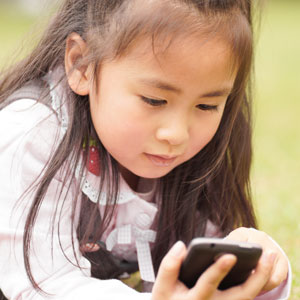 Are spelling and grammar becoming a thing of the past? Sugata Mitra, a professor of educational technology at Newcastle University in northeast England, seems to think so.

According to the Daily Mail, Mitra says, "Traditional spelling classes are unnecessary when students have constant access to state-of-the-art technology."

So, basically, kids dont need to learn speling or grammer because of nifty inventions like autocorrect on smartphones. Your joking – rgt?

Seriously – does the professor really think iPhones and Androids can replace such in-classroom language lessons?

Spelling and grammar are "a bit unnecessary," Mitra told Daily Mail, "because they are skills that were very essential maybe 100 years ago, but they are not right now."

He made this argument to the Daily Caller: "Firstly, my phone corrects my spelling, so I don't really need to think about it, and secondly, because I often skip grammar and write in a cryptic way."

Mitra chose a somewhat odd moment to announce his thoughts. The British government is releasing new educational standards, the Daily Caller reported, which require students to take a spelling test of 200 complex words near the end of grade school. This year, it also created a new exam for 11-year-olds that tests spelling, grammar and punctuation.

Not surprisingly, many were critical of Mitra's statement – just on principle.

Daily Mail commenter Gail.R said, "So if he accidentally puts "rigte" on his phone, does it correct it to 'rite' or 'right'? It could make quite a difference to what it means and if the writer (or righter or riter) doesn't know the difference they can't correct it."

Others worried about its affect on bigger lessons, like reading comprehension, critical thinking and simple conversational skills.

But all is not lost. Amid the backlash, a Daily Caller commenter – who identified himself as "a professor at a nationally recognized university" – offered parents reassurance from the other side of the fence.

In March, metro Detroit's trees are packed with the sugary sap needed to make maple syrup. Learn about the process at these 2022 maple sugaring events.
Read more
Guides