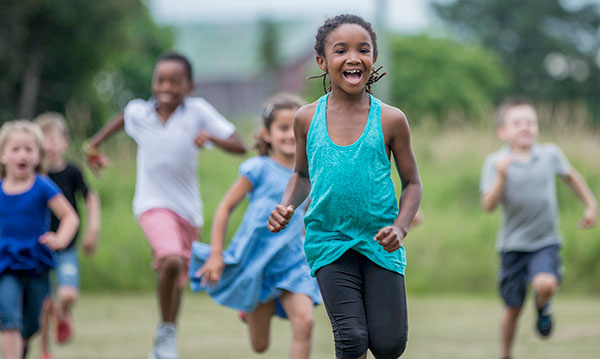 Remember the heart pounding, exhausting game of tag from your youth? Elementary school children from a California school won’t be making those memories now that the game has been banned on their playground.

Gold Ridge Elementary School, located about 25 miles from Sacramento, recently called off the game after fourth and fifth graders were being too rough during tag at recess, school staff said, as reported by the Sacramento Bee.

Principal David Frankel told parents of children who had been too rough during tag that games with physical contact would no longer be allowed and disciplinary action would be taken against children who ignored the new rules.

“Today we implemented new procedures at school aimed at reducing physical contact and related problem behaviors,” read Frankel’s notification to parents, as reported by the Sacramento Bee. “Student(s) were instructed that physical contact, including tag games, touch football, etc. were not allowed in the yard.”

The news upset many people who think the country is “turning into a bunch of wimps.” Others took to Twitter to express their shock:

Kyle Lawson said, “Tag was banned at an elementary school in California … seriously.”

While Emily Rosenberg found some humor in the situation: “A California elementary school has banned playing tag as too aggressive. Also, the debate team has to agree with its opponents.”

Apparently, the parents at the elementary schools aren’t too thrilled, either.

“I don’t personally agree with it,” said Sam Hammer, who has two children attending the school, as reported by the local CBS station. “It’s something we all did as kids and [I’ve] never seen any harm come from it.”

Everyone knows that getting enough exercise, in combination with getting the right amount of calories, keeps a body healthy. The elementary school’s decision to cut games with physical contact may very well have an impact on the exercise students get during recess, at a time when major media outlets are using the phrase “childhood obesity epidemic.”

Former first lady Michelle Obama even made it her mission during her time in the White House to address the health of Americans with her Let’s Move! campaign.

The now-archived Let’s Move! website advises schools to incorporate more physical movement into the curriculum by using things like afterschool programs and recess.

What do you think? Is banning tag an overblown response with negative consequences, or was the school right to protect the safety of its students? Tell us in comments.