Can Dads Please Get Changing Tables in the Men’s Bathroom?

Even though dads are more hands-on with their kids, public bathrooms still don't have changing tables in the men's restroom. What's it going to take to change that? 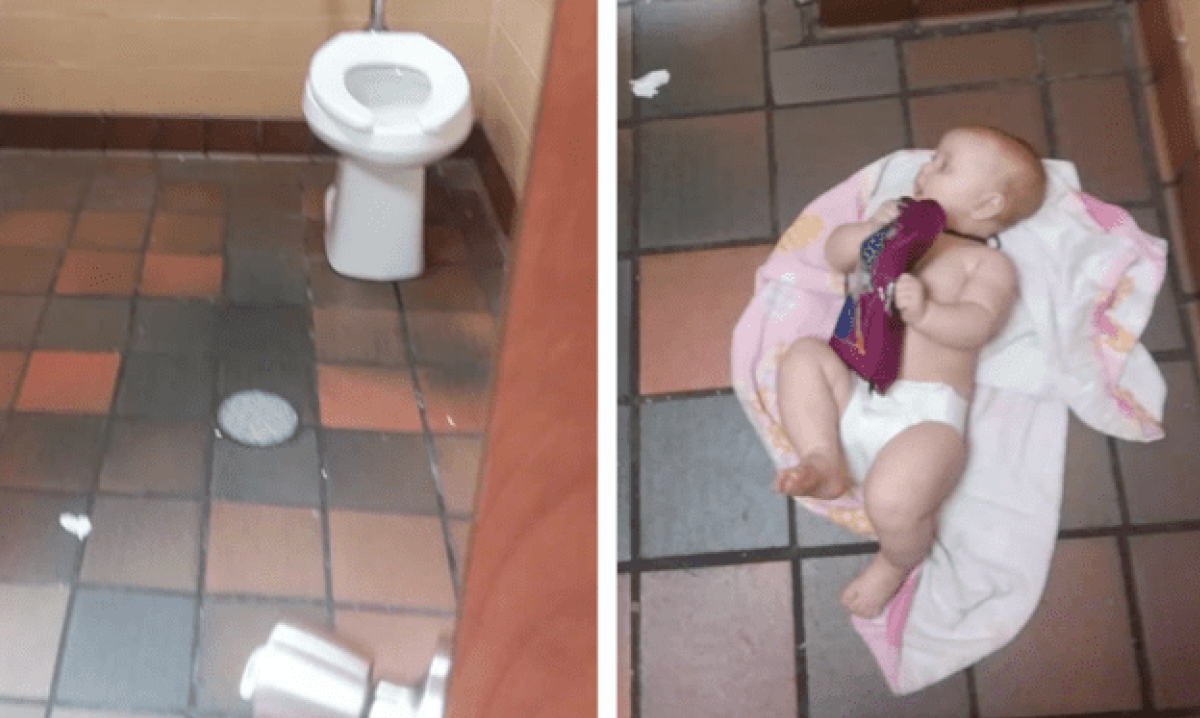 My husband is not afraid of a poop-filled diaper. In fact, if I remember correctly, he changed our son’s diaper before I did – and he continues to handle diaper duty along with me. Except, of course, when we’re out in public.

And that’s just because most men’s bathrooms don’t have changing tables. It’s a huge issue for dads – just like Chris Mau, the father of four who recently took to social media to complain about the lack of a men’s-room changing table at a McDonald’s.

On his Facebook page, Mau talked about his recent day out that included having to change his 8-month-old daughter on the dirty bathroom floor.

It all happened when Mau, his fiancée and their three daughters (they also have a son) went for a walk to enjoy the warmer temps. Kali, the couple’s youngest, began to fuss because, well, she had a soiled diaper. Looking for a spot to change her diaper, the couple noticed a Mickey D’s with a play area for kids, so they decided to go in.

“Figuring they must have accommodations for parents to change a diaper, and our older daughters begging to play in the indoor tunnels, we marched in. They split to the play area and I took the stroller to the men’s room with a clearly uncomfortable and upset Kali,” Mau writes.

And what did he find when he went into the stall? No changing table. While he had an “emergency towel” to place his baby upon, he was still understandably upset that he had to put her on the floor in the first place.

“If it’s a public place with public restrooms in the generation of equality among genders and races, then how about making sure us fathers can change our children’s diapers on a goddamn changing table like the mother’s can. Am I asking too much?” Mau writes.

No, dad, you’re not asking too much. A dirty floor shouldn’t be your only option for changing your child. And I totally understand this dad’s hesitation to change his child’s diaper inside of the restaurant where people are eating.

Mau is asking restaurants and other public places to get with the times, CafeMom reports. “A saying I had heard in my youth comes to mind for just about every aspect of the matter: ‘It takes an entire village to raise a child,'” he adds.

I agree. Let’s support dads! Raising a child isn’t just on moms, and dads should have the same access to changing tables that we do.

What do you think about this? Is it time for changing tables in the men’s bathroom, too? Tell us in comments.