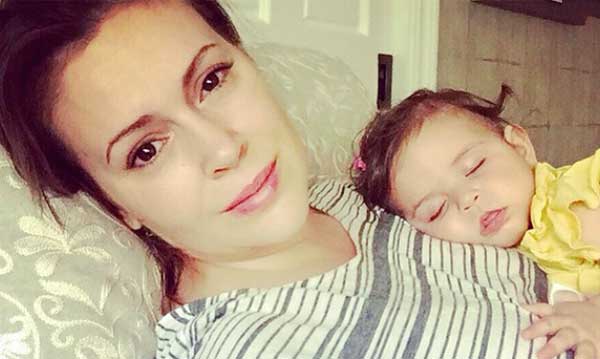 Breastfeeding moms know what a pain pumping can be – on a plane, no less – so you can imagine how it would feel to have your milk dumped by airport security when you land?

Celebrity mom Alyssa Milano tweeted this week that 10 ounces of her pumped breast milk was confiscated upon arrival in London before she switched planes.

The airport responded on Twitter: “Hi Alyssa. Unfortunately, without a baby present, the government requires all liquids in carry-ons to follow the 100ml rule.”

You can view full restrictions for hand luggage in the United Kingdom here. In the United States, breast milk in amounts over 3.4 ounces can be brought on board like other “medically-necessary liquids” and is subject to screening, according to the TSA.

Milano released a statement saying she doesn’t blame Heathrow security employees but hopes the policy will receive a “thoughtful reconsideration,” ABC News reports. She also wrote, “My only hope is to make things easier for moms, breastfeeding and formula feeding moms, everywhere.”

This isn’t the first time the Charmed and Who’s the Boss? star has advocated for breastfeeding. She has also posted breastfeeding selfies online and speaks out for the normalcy of nursing in public.

Other moms are singing Milano’s praises for speaking up about the problem.

“Thank you for all you do to help ‪#‎normalizebreastfeeding‬!” one fan wrote on Milano’s Facebook page.‬‬

Twitter user @Elizavbelle responded to one of Milano’s tweets: “Every mother who ever nursed is aggravated for you! #DontTossLiquidGold.”

“This discriminates against working moms who have to travel for their job without their nursing infant,” another fan wrote.

The nonprofit organization Best for Babes posted to her Facebook page, “It’s sad when the rules state that breastfeeding mothers won’t be hassled yet incidents like this happen! Props to Alyssa Milano for raising her voice!”

As breastfeeding moms often say, every ounce of breast milk is like “liquid gold” and it’s a shame Milano’s breast milk was wasted. We can’t help but wonder what security risk could be associated with 10 ounces of breast milk and it’s unclear why airport security couldn’t simply screen the milk like they do with other liquids.

Whatever the case, Milano’s problem is just one more thing for moms to worry about when traveling without their little ones. Metro Parent moms, what challenges have you faced traveling while breastfeeding or pumping?