His daughter was too short, so the 'Avengers' actor put Snickers in her shoes. The Internet says it was just a 'daddy mistake,' I'm calling it stupid as hell. 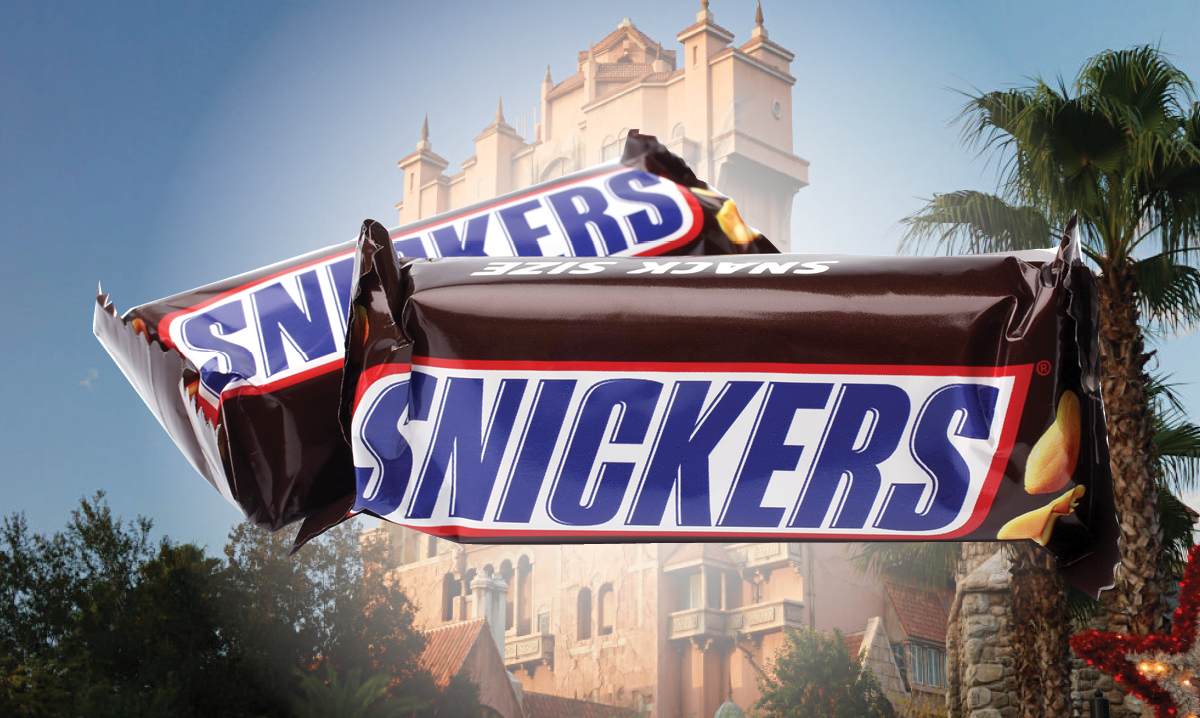 I am absolutely addicted to roller coasters. Seriously, I look at roller coasters like most people look at food or air: I need them for my very survival.

Well, maybe not survival, but I sure am happiest when I’m 200-300 feet in the air, plummeting toward earth at 90 miles an hour.

I’ve been on over 200 roller coasters (I keep track of them in a spreadsheet) and visit around five parks a season – I even spent a couple of years working at Cedar Point, which was pretty great.

That said, my time there made me acutely aware that most people don’t have any clue how roller coasters work. In fact, most don’t even understand that the height and ride requirements posted outside of these rides are there to keep park guests alive and uninjured.

Some even disregard the warning signs and end up putting themselves or others in, and I’m not exaggerating here, grave danger.

Chris Hemsworth is one of those people.

In a recent interview on Jimmy Kimmel Live, the Avengers heartthrob told the late-night host that he’s guilty of risking his daughter’s life to get her on a ride that she was too short for.

Hemsworth explained that his now-6-year-old daughter was close to the 40-inch requirement to ride Disneyland’s Tower of Terror, which is now called Guardians of the Galaxy – Mission BREAKOUT, but was still too short to ride.

The child really wanted to go but couldn’t, so Hemsworth stuffed her shoes with Snickers bars and took her on the ride anyway.

For those of you that don’t know, Tower of Terror was an indoor drop tower. It took you up 199 feet in the dark and then dropped you back to the ground (think, the teal side of Cedar Point’s Power Tower).

Because Hemsworth’s daughter was too short for the ride, the restraints were massive on her and the on-screen superhero had to jump into action to keep her in her seat.

Fortunately, Hemsworth’s daughter was unharmed and daddy learned his lesson, telling Kimmel “Maybe there’s a reason that there’s a height size … So don’t do that.”

As a former ride host, I concur: Don’t do that!

During my time at Cedar Point, I’d find the craziest stuff that people would put in their kids’ shoes to make them tall enough. Peanut butter sandwiches, extra socks, wooden blocks – one mom even put her kid in her heels so that her daughter could ride. And NONE of it is ever OK.

Look, I get that it’s super exciting to put your kid on his or her first roller coaster ride and it’s a bummer when your kid is too short to go. But each ride’s requirements are set by the coaster’s manufacturer for a reason.

Coasters feature airtime, inversions and other crazy elements. The fit of the restraints are important because they must fit a person appropriately to do their job appropriately.

Bolliger and Mabillard designed the restraints on Raptor at Cedar Point to fit a person 54 inches or taller, Intamin designed Millennium Force’s restraints to fit someone 48 inches or taller, and Otis Elevator Company and Walt Disney Imagineering designed Tower of Terror for those 40 inches or taller – a person shorter than that would not be strapped in correctly and could potentially get injured or even fall out of the ride.

Now, ride hosts at amusement parks are trained to spot the idiots who stuff their child’s shoes, but they see thousands of people a day, so it’s far safer for caregivers to simply wait for their kids to grow into a ride.

Trust me, it’ll happen. Growth spurts are a thing.

Did Hemsworth make an innocent “daddy mistake” or was he just plain irresponsible? Tell us your opinion it in the comments.