Beauty Clinic Plastic Surgery lets kids hack away at cartoon patients and some parents are peeved, claiming that it's using kids' insecurities to turn a profit. 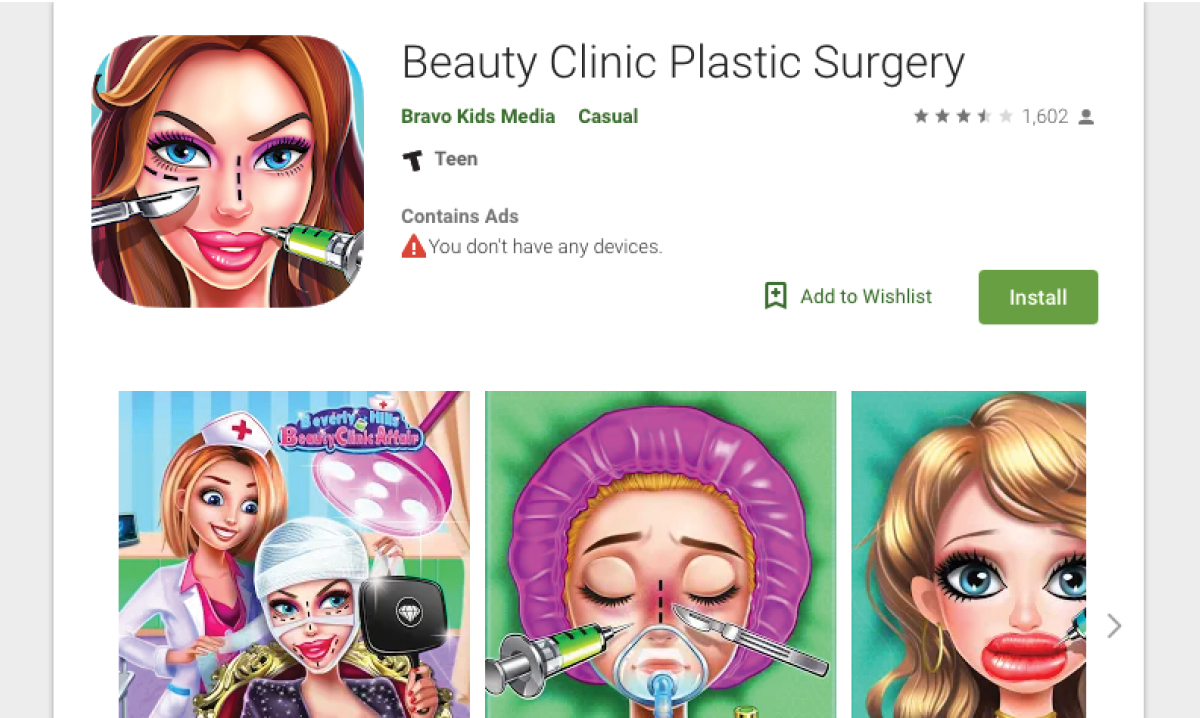 Growing up is hard. Growing up with self-confidence issues is harder.

Trust me, I know. I was an awkward child who was short, fat and quite honestly, weird. It was a recipe that caused a huge lack of self-confidence – at least until I got taller, found my thing and a group of friends that I used for support.

These days, not much truly bothers me because I learned to love myself and have passion for everything that I do. But back in middle school, I was quiet, constantly had my nose in a book and secretly yearned to be “one of the popular kids.” I judged myself based on the appearance of those around me and no amount of “you’ll grow out of your awkward phase” talks from my parents stopped me from wishing that I looked like the celebrities on TV.

I think all kids go through a similar phase, and that’s why I get parents’ reaction to the Beauty Clinic Plastic Surgery app.

The game, which is aimed at kids as young as 8, features cartoon characters who “need” or want plastic surgery, like Tess who is getting ready for prom.

Kids can suck fat out of the characters, give them nose jobs, plump their lips and give characters a total surgical makeover.

The game sparked criticism among parents who see the game as a cash grab by Bravo Kids Media, the maker of Beauty Clinic Plastic Surgery, that preys on kids’ insecurities.

A petition from Endangered Bodies, a global initiative that aims to stop companies from pitching the idea of the “perfect body” to women, called for these apps to be removed from the Apple, Google and Amazon stores. It got more than 130,000 signatures and the Washington Post reports that the cosmetic surgery games are no longer available.

And that’s probably a good thing. Kids already have a hard enough time growing into and learning how to love their bodies while being pelted with the idea of the “perfect” one at every turn.

Cosmetic surgeries are not the same as dying your hair, putting on makeup or getting a nose ring. They are permanent decisions that shouldn’t be taken lightly.

After all, you can’t get your face back once you change it, and while it may be the right choice for some adults, kids don’t need to be reminded of what they perceive to be as “flaws” every time they get bored.

What do you think of these apps and would you let your child play them? Let us know in the comments.