Dad Beats Child for Dropping a Baseball, Gets Caught on Video 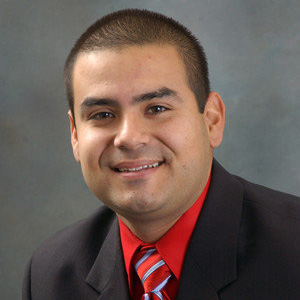 The line that separates spanking from actual physical abuse can get blurry. But a California father has definitely found himself in hot water after a video of him beating his young stepson, repeatedly – for dropping a baseball during a game of catch – surfaced on the web.

Not just any guy, either. Anthony Sanchez is the elected director of the Imperial Irrigation District, a California water/energy agency. Rather, he was the director; Sanchez resigned days after the footage went viral.

The entire altercation was filmed on a cell phone camera through an upstairs window by neighbor Oscar Lopez. In the video, you can hear, at some points, the boy crying out as he's hit with what appears to be a belt. Toward the end, Lopez, who's apparently seen enough, intervenes, shouting down to Sanchez.

The shocking viral video has prompted outcry on corporal punishment – and appropriate discipline in general – for children.

"Whipping a kid is one thing – but whipping a kid for failing to catch a friggin' ball? That's insane," Betondisaster said on a Huffington Post article.

While most commenters felt Sanchez used excessive force, some did seem to condone the stepfather's actions.

"When he grows up to be MVP, everyone will change their tune," Percy countered, on Towleroad. "Corporal punishment is a misunderstood learning tool."

Even the boy's grandfather went on the TODAY Show to defend his son-in-law, claiming that the boy, who suffers from ADHD, was saying "mean things."

"He spanked him a little too much," grandpa Terry Grammar said on the program, "but Anthony, again, is in a very difficult situation. He's trying to be a stepfather for a child that has some behavioral issues."

No word, yet, from the kid's mother.

Sanchez was arrested Friday and is, as of now, out of jail on $100,000 bond – in addition to stepping down from the elected position that he held since 2006.

Spanking a child isn't illegal; however, if Sanchez is convicted of using excessive force, he could be looking at up to six years in prison for felony child abuse.