Hazel and Dave Roberts made heads spin after debuting their father-daughter pole-dancing routine on TV, but we really don't see the big deal. 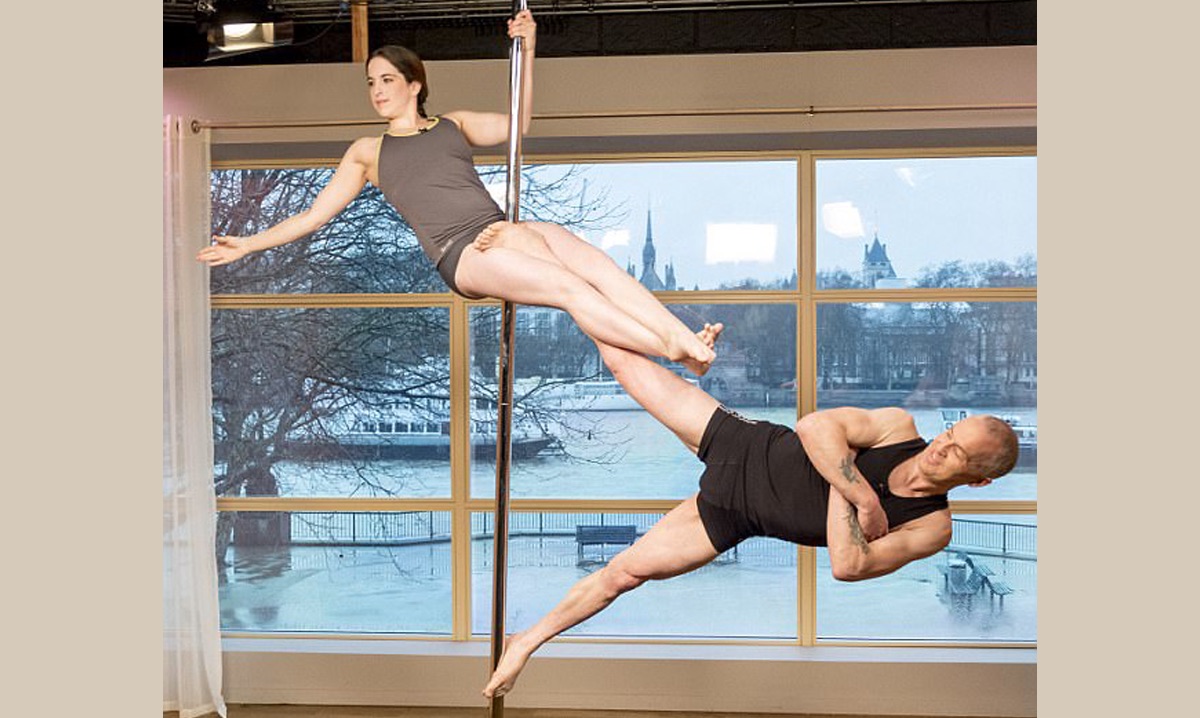 I have a good relationship with my dad. We don’t agree on a lot of things these days but overall he and I get along really well and I like to think that’s because he, and my mom, took an interest in my interests from an early age.

To this day, I hold my memories building derby cars and watching black-and-white Hitchcock films with my old man, which is why I totally encourage and support dads (and moms for that matter) to take time out and just be with their kids. Still, there are some things that I would never consider doing with my dad and pole dancing probably falls into that realm.

But that’s just me.

It turns out that for some daddy-daughter duos, like Dave and Hazel Roberts, hitting the pole together is just another way to foster their relationship.

The pair, which has been dubbed the world’s first father and daughter pole dancing duo, appeared on the British talk show This Morning and treated the hosts to bit of their routine. And while the routine was undoubtedly a feat of strength and extreme trust, it was just plain awkward to many of the show’s viewers – many of which took to Twitter to express their views.

Honestly, we can’t really blame viewers for being turned off to the Roberts’ hobby because it is, in fact, a bit strange for offspring to be in close proximity to their parents nether regions (outside of when their mom gives birth).

And yet, I find it hard to fault Dave and Hazel at all. Sure, it’s weird and I really don’t get it but lots of people didn’t really get why a 5-year-old girl liked to help weld a car door shut and then watch her dad wreck said car. And yet, my dad and I still did both of those things and to this day neither one of us really care what people think about it.

This pair found a hobby they like. They found the hobby separately (dad was encouraged by an ex-girlfriend and Hazel while in college) but it’s a common interest and workout they both have – and it’s something Hazel will likely hold on to after her father is gone.

So why fault them? I don’t get it, but it doesn’t affect me and it doesn’t hurt anyone, so I say that they should keep unapologetically doing their thing.

Is pole dancing with your dad a weird hobby or do you agree that it’s a memory for them both to enjoy? Let us know in the comments.