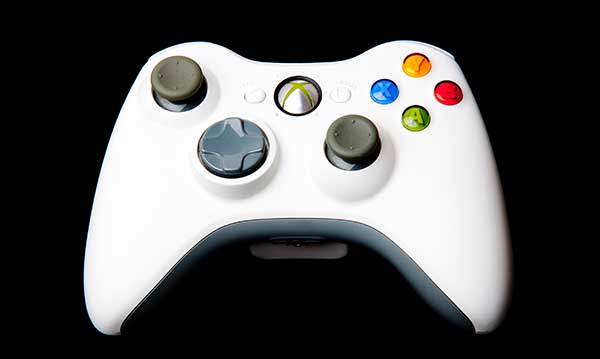 We recently blogged about shaming your kids on social media – and asked, is it ever OK? We’re not so sure it is, but it continues. Here’s another example of cybershaming: Meet the father who forced his son to smash his Xbox with a sledgehammer this week after the kid failed to get good grades.

While disciplining children comes with the job description of parenthood, this dad – who calls his son Jason in the video – recorded his son’s punishment and uploaded the video to YouTube with the caption: “Good Parenting: Father Makes His Son Destroy One Of His Xbox Consoles For Failing In School!” The video now has more than 800,000 views and will sit in cyberspace forever.

“You had three weeks, Jason. Let’s go,” says the voice of the father featured in the video. He’s presumably referring to the allotted time Jason had to better his grades. I think we can all agree with Dr. Laura Markham, featured in an article by Yahoo Parenting, that three weeks is not typically enough time to turn grades around.

When Jason initially refuses to pick up the sledgehammer, expletives burst from the father as he insists Jason smash two Xbox consoles.

After destroying the first, Jason throws the sledgehammer to the ground. Jason’s father demands he smash the last console or threatens that he will. Jason picks the hammer back up and the video ends with Jason crying and standing over the second console.

While Jason’s punishment may persuade him to get better grades next year, feelings of resentment toward his father are more likely. Albany Times Union notes that the humiliating footage is viewable by his peers online – not to mention a limitless reservoir of strangers. However, Jason isn’t the first, and surely won’t be the last, child publicly shamed by a parent on the web.

And let’s not forget Tommy Jordan from North Carolina who found YouTube fame when he uploaded a video of him shooting his 15-year-old daughter, Hannah’s, laptop after she posted a status complaining about her responsibilities on Facebook in 2012. After receiving droves of criticism online and a visit from Child Protective Services, Jordan took to Facebook to insist that he didn’t regret his parental decision to shoot the laptop but did wish he had worn a better hat and shiner boots.

If cyberbullying has taught us anything, it’s that public displays of torment online never go away and it’s much easier for other bodies to get involved in causing the recipient deep psychological, emotional and sometimes physical distress. Now, with such intimidation tactics transpiring at home, what safe haven do such children have?