This dad pulled the ultimate troll move on his daughter and her fiancé – and the results are hilarious. 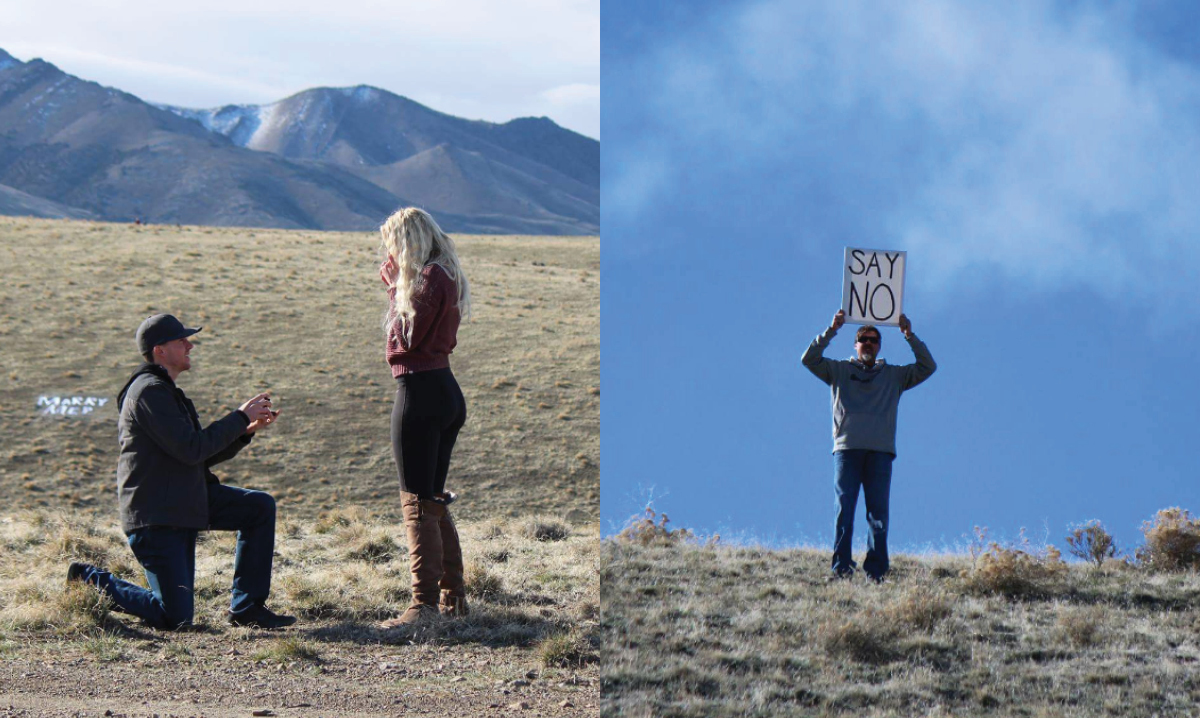 The moment you get engaged is supposed to be romantic and sweet, but unfortunately that’s not the case for everyone. That definitely wasn’t the case for Allison Barron. The Nevada gal took to social media to show just how her engagement went down – and well, it’s less than romantic.

It’s actually hilarious and probably more memorable than most engagements – thanks to Allison’s dad and the huge “Say No” sign he brought to the scene of his daughter’s engagement.

The bride-to-be posted the pic of her dad’s epic photobomb on Twitter – and not surprising, the image has gone viral.

After Barron’s fiancé, Levi Bliss, popped the question, the couple realized they had an intruder. While Barron was crying after Bliss proposed, she immediately started cracking up after she looked up and saw her dad’s sign. And because Levi and her dad are actually really close, Barron knew dad’s “Say No” sign wasn’t serious.

While some people might get upset if their father or future father-in-law did something like this, Barron says she and her fiancé were cool with it.

“We both know my dad so well, we got the joke right away and found it funny,” Barron told Buzzfeed.

Barron was surprised the photos would gain so much momentum online. It wasn’t what she expected when she posted them.

“You always see little things like this blow up on Twitter and now it’s me,” she told Buzzfeed. “It [has] also been one of the best days ever, so I really get to just keep reliving it!”

Congrats to the happy couple and props to dad for the ultimate dad troll. We’re impressed – and still laughing.

Would you be mad if your dad trolled your engagement pics? Tell us why or why not in the comments.