Jeremy Rupke was curious what his tyke thought about when he plays hockey, so dad installed a mic to find out. What he caught is both adorable and inspiring. 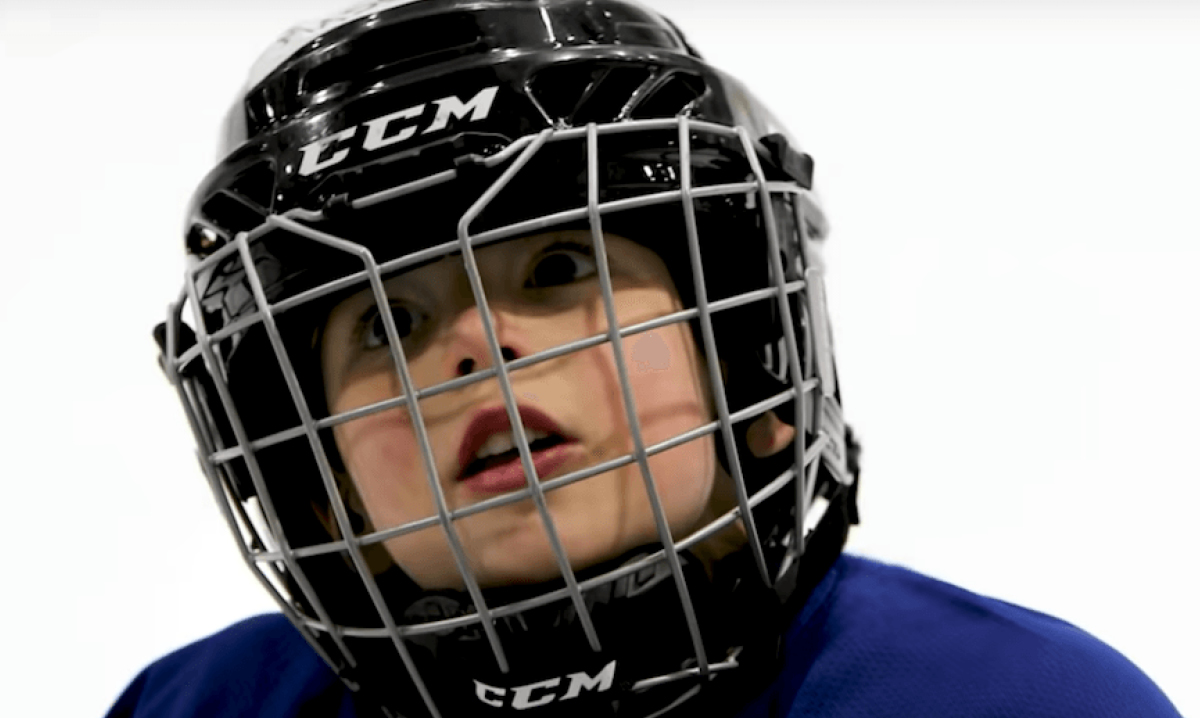 Have you ever heard of roller derby? It’s a full-contact sport played on quad roller skates, and it is my absolute favorite pastime.

I know, I know: I have to be nuts to strap on skates and hit people, but roller derby is pretty much the best thing I’ve ever done.

In the three years that I’ve been playing, I’ve become really stable on a pair of roller skates – but no matter how solid you are, in the world of roller derby, you’re going to fall. Sometimes a lot.

And when I’m having a particularly off day – one where I’m on my butt more than my wheels – I tend to talk to myself, sometimes to get out of my head and sometimes to take mental notes.

More often than not, though, I’m reminding myself that I play derby because it’s badass, or simply talking nonsense because I literally got the snot hit out of me and I need to regroup.

This is probably why I can relate to the thoughts of 4-year-old hockey player Mason Rupke.

Mason lives near Barrie, Ontario and is learning to play hockey with a local “Timbits” league near his home.

His dad Jeremy, who also plays hockey, noticed that his son was spending an awful lot of time talking to himself on the ice, so he decided to mic his son’s helmet and find out exactly what the little tyke was doing.

And what he found is both hilarious and totally relatable to anyone who has ever played a contact or learned something new.

In the now-viral video, little Mason comes up with some real gems, up to and including wishing everyone a “Happy Halloween” (in February), a brief monologue about a can and a declaration of “I’m gonna have a nap!”

Of course, stuff like that is to be expected from someone his age. After all, kids don’t have the longest attention span in the world and, when they lose focus, they tend to get a little goofy.

What wasn’t expected were all of the reminders and pep talks. As he’s skating, Mason reminds himself to use both feet by chanting, “one, two,” cheering himself on as he does succeeds and reminding himself that “I’m OK, it’s OK,” when he falls.

And that’s both adorable and impressive, at least to me.

I’m a perfectionist and an overachiever. I’ve been that way most of my life and, in the past, I would beat myself up for days if I mucked one tiny thing up.

I’m really impressed by the grit this kid shows at such a young age – not to mention his singing skills – and I hope he’s able to hold onto it as he grows.

Can you relate to Mason’s ice rink ramblings? Let us know in the comments.