Dad Recreates Elf on the Shelf and the Photos are Hilarious

Need a serious LOL moment today? Take a peek at this Canadian dad's version of Elf on the Shelf. 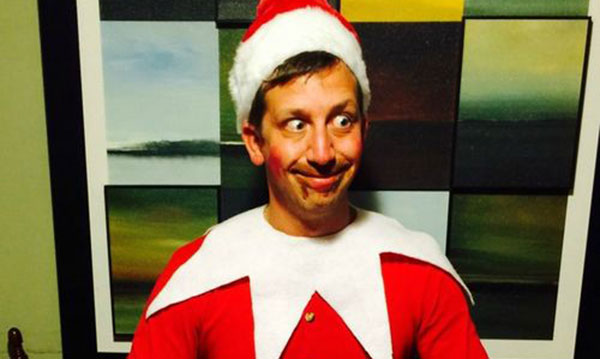 The 25 days of Elf on the Shelf are in full swing – but if you’re struggling to find creative ways to display your family’s elf, you’re not alone. A Canadian couple with four kids turned the struggle into success with their very own rendition of Elf on the Shelf.

The man in the photo above is dad Joe Wynberg – and yes, he became the elf this year. So, I’d say he and his wife, Megan, just won the award for the best Elf on the Shelf idea ever.

On her Facebook page, mom writes, “So we finally caved and decided to do the “Elf on the Shelf” thing. The kids are going to be so surprised! We named our elf FLE and he will be in some pretty precarious spots over the next 24 days! Enjoy.”

Megan has even made a few cameos in the holiday photo series.

This is the sort of stuff that really brings me joy. How creative and cute are these parents? And dad seems like such a good sport about having to dress up in that ridiculous costume. They’re definitely giving their children some really special memories.

What do you think of this version of Elf on the Shelf? Tell us in the comments section below.

Photos courtesy of The Stir

You can reach summits without your feet leaving too far off the ground at these indoor rock climbing places in southeast Michigan.
Read more
Attractions