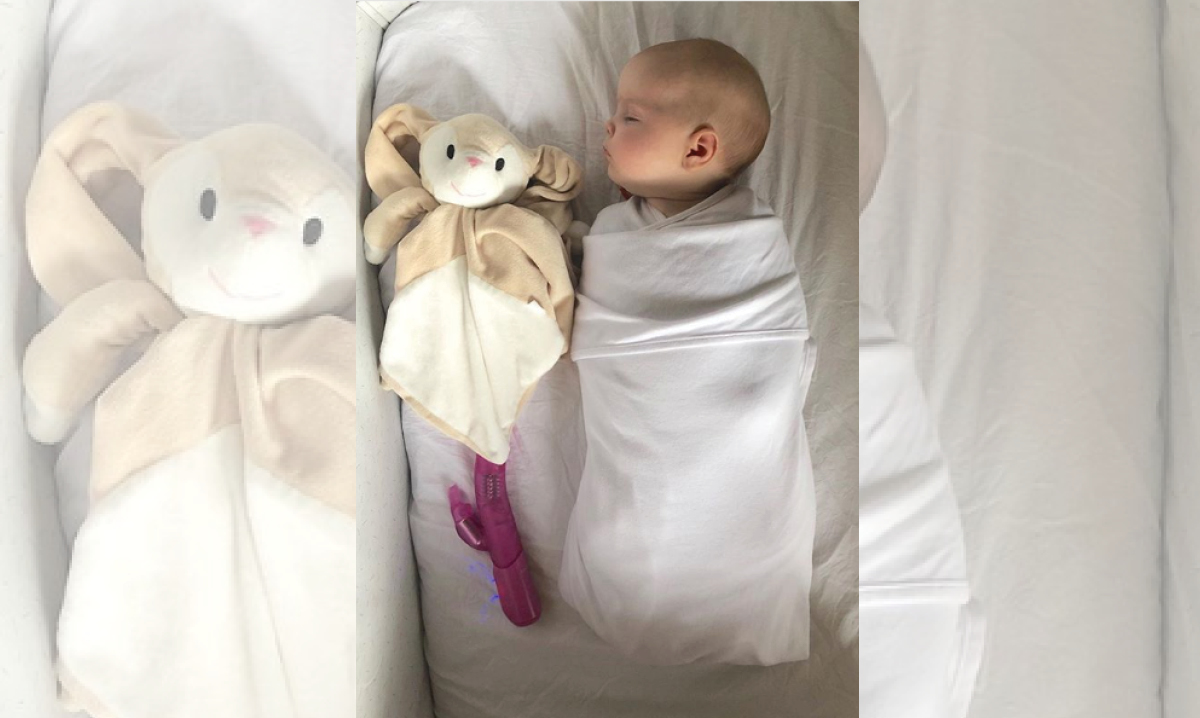 Let’s face it, moms and dads: Sometimes getting baby to go to sleep is a P in the A.

They fuss, they squirm and they scream their little baby heads off. As an adult, they might regret that glorious sleep time lost – but as a baby, staying awake to coo at shiny colors is totally worth being an exhausted cranky-butt.

For mom and dad though, dealing with a screaming baby tries their patience and most will do just about anything to get junior to get some much-needed shut eye – and for some that even means incorporating a sex toy into the mix.

At least it does for Brad Bentley. This dad of four couldn’t get his 10-week-old daughter to go to sleep unless they were standing behind her bassinet and rocking it. One time when his wife, Laura, was at the gym, he spent 20 minutes rocking the bassinet, got tired and began wondering what he could use to make the bassinet vibrate on its own.

When his wife found out, she reportedly spit her tea out and posted a photo of their daughter slumbering next to the toy to Instagram and her blog. Since then, she has received numerous messages from other sleep-deprived moms who can’t get their kiddo to sleep and want to try the trick.

And who can blame them, honestly?

You do what you have to do sometimes. Parents these days are busy and there usually isn’t a stay-at-home parent to handle the kids, so it’s a balancing act.

As long as the thing is clean and doesn’t pose any danger or choking hazard, to the child, I don’t see the harm in an unconventional way of putting the baby to sleep … though I do wonder how strong the thing is to rock an entire bassinet.

Photo courtesy of The Sun.