Dad Turns Toddler Son into Real-life Elf on the Shelf

The Utah father of six and man behind That Dad Blog takes a holiday tradition to another live-action level with his young kid. 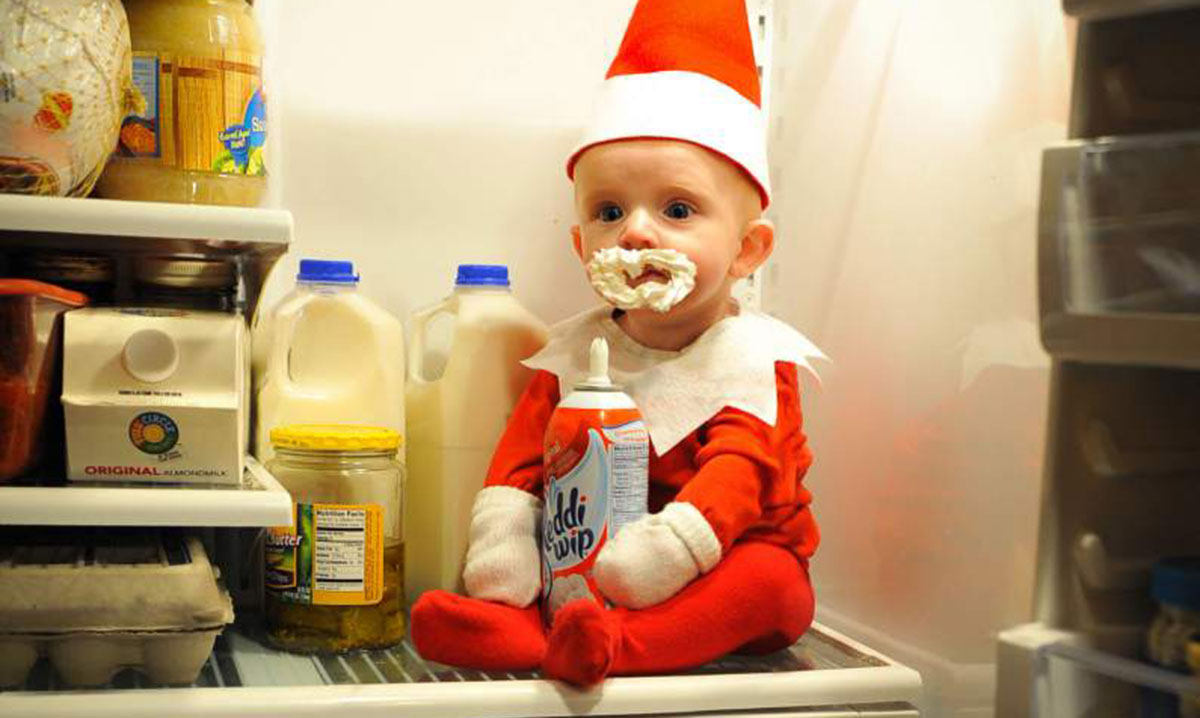 And, thanks to Alan Lawrence, a Utah dad of six and the dude who runs That Dad Blog, we get to experience just that. For the third year in a row, the Lawrence family is reviving their holiday tradition: chronicling the antics of Rock the Elf – who is one of Lawrence’s half a dozen kiddos.

Rock has wreaked havoc on the family’s home by doing things like eating all the advent calendar chocolates, drinking all the syrup so the family had to eat their pancakes dry, spying on dad in the shower and more.

He may be causing trouble, but he sure is adorable while he’s doing it. Check out two of my fave pics below. Both are of Rock – the first is from two years ago when he was still just a baby elf:

So the elf is still hanging around. I made pancakes this morning but we had to eat them without syrup because he wouldn't let us touch it – just sat on our bananas and watched us eat. Hoping to get more answers today about how long he plans on staying. #rocktheelf #elfontheshelf

The elf ate all of the advent calendar chocolates last night!  He apologized once he realized that it was not a game to test how many chocolates you could put in your mouth in 24 seconds. #rocktheelf

While I don’t personally understand the allure of Elf on the Shelf (and thankfully I’m not alone in my dislike of this newer holiday tradition) – I do think this dad puts a creative spin on it (like this Canadian dad who became the Elf back in 2015), which makes it a bit more tolerable.

Still, though, coming up with all these different scenarios for adoring internet fans has got to be some pressure. Clearly dad enjoys it now, but what about in a year or two? Is he still going to be pumped about capturing Rock’s antics? And how long until Rock the Elf doesn’t want to cooperate?

For right now, though, the family seems to be enjoying the tradition of recreating Elf on the Shelf, which you can see on Instagram or by visiting That Dad Blog.

What do you think of the real-life Elf on the Shelf? Would you ever attempt this with your child? Tell us in comments.