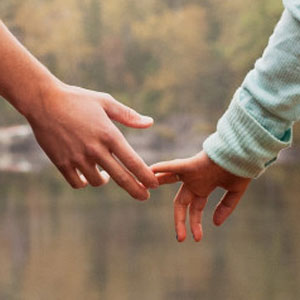 It's a crazy concept: encouraging your child to take risks in life, to take a separate path from the one you as a parent have taken. Not wanting to overshadow your kid with your own beliefs and hang-ups. It is difficult for most parents to let kids learn for themselves what works and what doesn't in life.

Well, science fiction writer Ferrett Steinmetz is a dad who isn't afraid to let his daughter experience life's lesson for herself. In his article titled Dear Daughter: I Hope You Have Awesome Sex, Steinmetz actually talks less about sex and more about letting his child make her own mistakes.

He scoffs at the parent who feels the need to control every aspect of their child's life, though he makes it clear that he wants his daughter to enjoy the pleasures that he enjoys – and that includes sex.

"Look, I love sex. It's fun. And because I love my daughter, I want her to have all of the same delights in life that I do, and hopefully more," he writes. "I don't want to hear about the fine details because, heck, I don't want those visuals any more than my daughter wants mine. But in the abstract, darling, go out and play."

Dad goes on to say that consensual sex doesn't degrade a woman. He admits that his daughter will get her heart broken, too.

He points out in his piece that he will still be available to offer advice, to fall back on and to offer his opinion – but not to control.

Commenters on the article were pretty evenly divided in their response to the bold idea.

"He seems (the writer of the article) a little preoccupied with his daughter's sex life. It's fine to explain the 'birds and the bees' and say to your child to be safe and enjoy, but should it not be left at that? I can see where people take a creep factor away from it," says SweetTreat80.

But not everyone agrees that the author is too involved.

"Thanks so much for writing this! What a great example for Dads everywhere: your daughters are, indeed, separate people, with their own desires and fears. What a lucky girl to have a Dad like you," Nina Hartley, a fellow HuffPost Blogger commented on the article.

I don't wholeheartedly agree that children should be encouraged to follow through with every impulse. I don't believe they should make mistakes that could have been avoided, or flaunt promiscuity like a badge of honor. But when it comes to this dad's idea of what makes a good parent, I must say that he sounds like someone who knows what he's doing. When it comes down to it, I foresee his child being well adjusted and confident – a good decision-maker and a strong woman.