One dad had 'genuine concerns' about his daughter's health due to her weight and is thinking of paying her $15 an hour to go to the gym. What do you think? 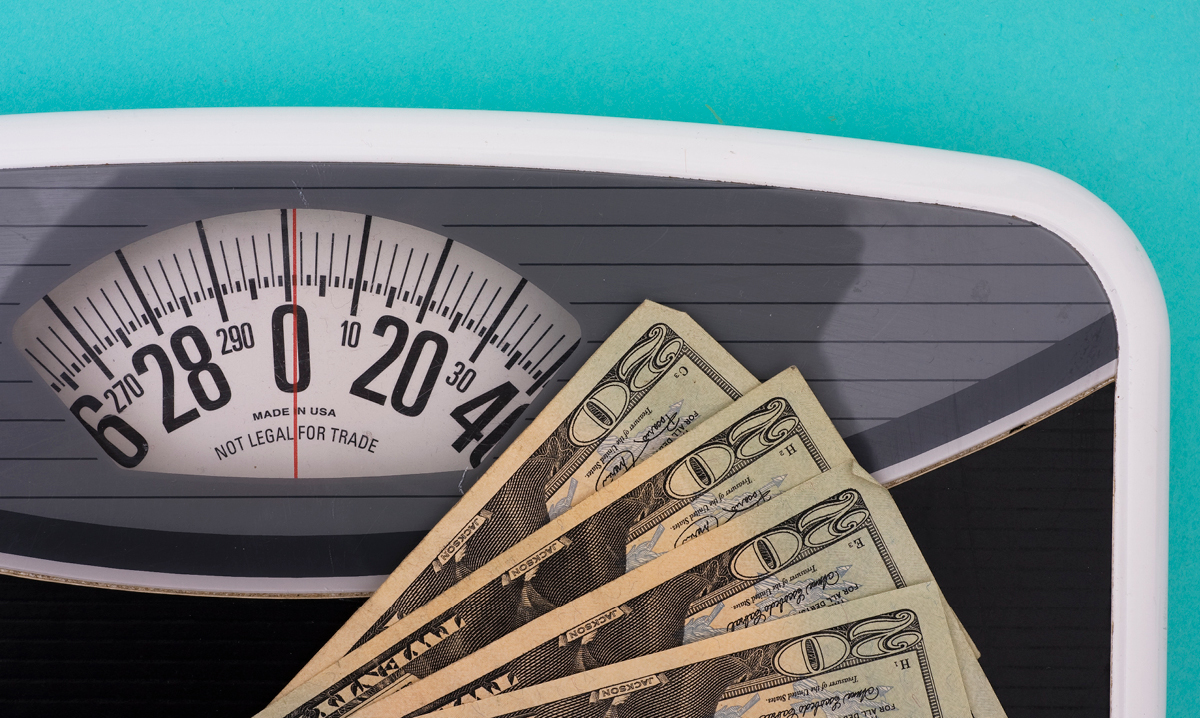 Weight can be a tough topic. A lot of people put great value in a person’s weight and, while it’s not a true indicator of one’s overall health, those who do struggle with their weight take a lot of flak for it.

I can attest to this. I was an active child but I was also an overweight child, and my grandmother – who did not have a filter – would tell me at every chance she got that I needed to drop the extra pounds.

That, coupled with childhood bullying, stung a lot, and I attribute these two factors to the very complicated relationship that I had with food while in my teens.

I did eventually figure my health out and I’m relatively happy where I’m at – and the doctor is too, which I think is what really matters – but it took time for me to get to this place. I didn’t figure out what my body really needed to be healthy until well into my 20s, and I think that’s pretty common.

Kids who are out on their own for the first time are still learning to adult and they might gain a little weight, but that doesn’t necessarily mean that they’re unhealthy – after all, a lot more goes into overall health than weight.

Still, I can see how that could be concerning to some parents, though maybe not as concerning as one viral dad made it out to be.

On the “Am I the A–hole” thread on Reddit, the dad, who goes by screenname Alarmed_Writer, posted that he was “genuinely concerned” over his 22-year-old daughter’s weight and was considering paying her $15 an hour to go to the gym.

His daughter doesn’t live at home and is in grad school. She works part time to cover groceries and other expenses while dad pays for the rent and tuition. He says that he’s tried talking to her about her weight and says that she is aware that she needs to work on it but it too busy.

Dad says in the post that the deal, which is based on the honor system, would solve that problem as she wouldn’t lose money by taking less shifts at work to go to the gym.

He says his wife thinks that the idea is “disgusting,” and some Redditors did, too – but a lot of those who chimed in on his post weren’t so hung up on the payment part of the deal but rather where the money was going.

“… (T)his isn’t going to much to help,” user KAW013010 writes. “As others have stated, diet plays a bigger role in weight loss. You can’t out-exercise a bad diet. Your money would be better spent on a nutritionist to work with your daughter on healthy food choices.”

After getting this feedback, dad acknowledged that diet does play a huge part in weight loss, but that they figured a lack of exercise is what is causing his daughter’s weight gain. He did not say whether or not he’ll move forward with this plan, but I really hope he doesn’t – because I think he’s really missing the mark with it.

It’s understandable that a parent would want his child to be healthier, but I don’t think bribing her will get any real long-lasting results.

If she is at a place where she wants to lose weight, dad would do better to encourage her by making those changes together and holding one another accountable.

After all, what do you think will happen if she’s going to the gym and not losing the weight because she’s not making the other changes needed? She probably won’t feel too great.

What do you think of dad’s idea? Would it be beneficial to pay a child to lose weight or does it miss the mark? Let us know your thoughts in the comments.