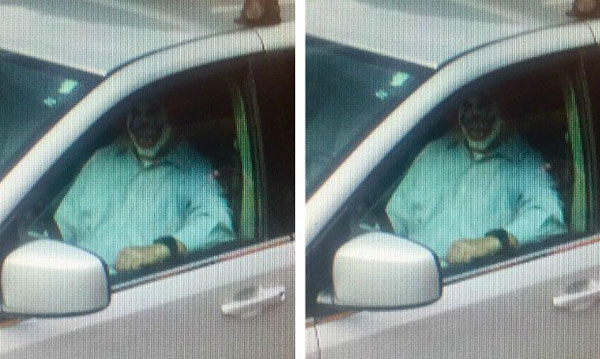 The creepy clown craze is no joke – but not everyone got the memo.

Due to recent events, people everywhere are understandably terrified of facing someone in a clown costume who intends to cause them harm. Incidents including assaults, robberies and threats have been on the rise across the U.S. over the past few weeks.

The only thing more baffling than the trend itself is why any parent would choose to get involved in the scare, but that’s apparently the case with a father in Massachusetts. The dad could be facing charges after wearing a clown mask while following his child’s school bus in his car, according to a post on ScaryMommy.

The man drove around following several of the students from their bus stop, too, which police said “caused extreme fear to the children and also caused them to have to hide under a nearby backyard deck to avoid the man.”

Police in Auburn, Massachusetts posted this message on Facebook: “APD investigated and identified the person wearing a clown mask who followed a school bus and children getting off the bus two days ago. The individual was determined to be a parent of one of the students on the bus.”

His name hasn’t been released yet but potential charges include disorderly conduct and disturbing the peace, according to ScaryMommy.

“We are hopeful that others will learn from this incident and not repeat these types of behaviors,” the police department also posted.

Plenty of families like to play practical jokes and even try to really scare each other, especially during the Halloween season. But to use a clown mask – a symbol that currently represents a very real risk that kids everywhere are being warned about – and inflict it on the entire bus full of students is just despicable.

“This guy should 100% be jailed briefly or ordered to pay a hefty fine,” wrote commenter Roxanne in response to the ScaryMommy article. “He should also be mandated to get mental help because only a disturbed person would find it funny to terrorize an entire school bus of children. He should be ashamed of himself.”

On the other hand, the dad spoke out in a recent story to CBS Local apologizing and saying he wasn’t aware of the creepy clown trend.

“The intention was never to scare the children,” he told a news station, explaining that he had just taken his Halloween supplies out of storage. “It was just some bad events with a horrible timeline. I didn’t have actions toward the kids and didn’t follow them. I stayed in the car the entire time.”

What do you think: Bad timing or a prank worthy of criminal charges? Tell us in the comments.