Dad’s Hilarious Recap of ‘The Bachelor’ 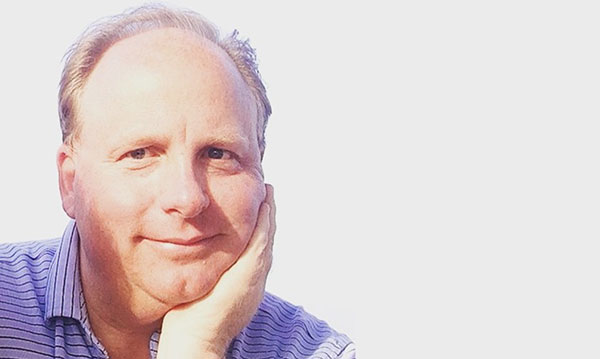 “I am a 55 Year Old Man. I Moonlight as a Bachelor Blogger for My Daughter When She is Traveling for Business.”

That’s the title of a recent blog post dad Woody Thompson (shown in the photo above) made while filling in for his daughter on her weekly blog updates of The Bachelor.

With the title like that, it’s worth a read, right?

The folks at The Today Show reported that 25-year-old Marnie Thompson has gained popularity with her hilarious weekly recaps of The Bachelor, but she needed a bit of help while she was out of town for work – during Fantasy Suite Night, of all nights.

That’s when dad came to the rescue.

“He texted me and was like ‘oh, you want me to try it for you?'” Marnie, who works in social media production, told The Today Show.

While she had veto power over the post, Marnie opted to leave it up – and for that, we’re thankful. Watchers of the show will particularly enjoy the commentary, but even those who don’t tune in weekly can laugh at dad’s witty recap.

Here are some golden lines:

“Rachel says Finland is “like Narnia.” Huh? Are there talking reindeer there that sound like Liam Neeson? I don’t think so, Rachey baby.”

“Cue the CGI-enhanced Northern Lights shot. No way those are the Northern Lights. Everybody knows that global warming has basically made it impossible to see the Aurora Borealis. But ABC just can’t resist throwing more nonsense at us.”

“Hey, it’s Fantasy Suite time – “should you choose to forego moral decency and make the beast with two backs, please use this key to go into the room so you can drag this out a bit longer and make us all wonder why the F we are watching this crap instead of doing something useful like figuring out how to solve for cold fusion or making packaging that actually fits whatever product it’s carrying instead of being five times too big.”

“I appreciate the commercial break because Emma Watson singing to a candlestick with arms and a face gives me a better glimpse of reality than this God-forsaken show does.”

“Rachel has some kind of Egyptian Nefertiti collar thing going on and looks great and thankfully escapes the clutches of this turd-in-the-punchbowl of a guy to fight yet another day in the trench warfare that is the battlefield known as Made For Primetime TV False-Love Programming.”

If dad seems really into the show, it’s because he is. Apparently, The Today Show reports, Woody watches the show with his wife they even have a text chain going with their friends.

What do you think of his recap? Tell us in comments.