What's more fun than embarrassing your teenagers? Having your video for it go viral. This Colorado mom nailed it and even got props from the Backstreet Boys. 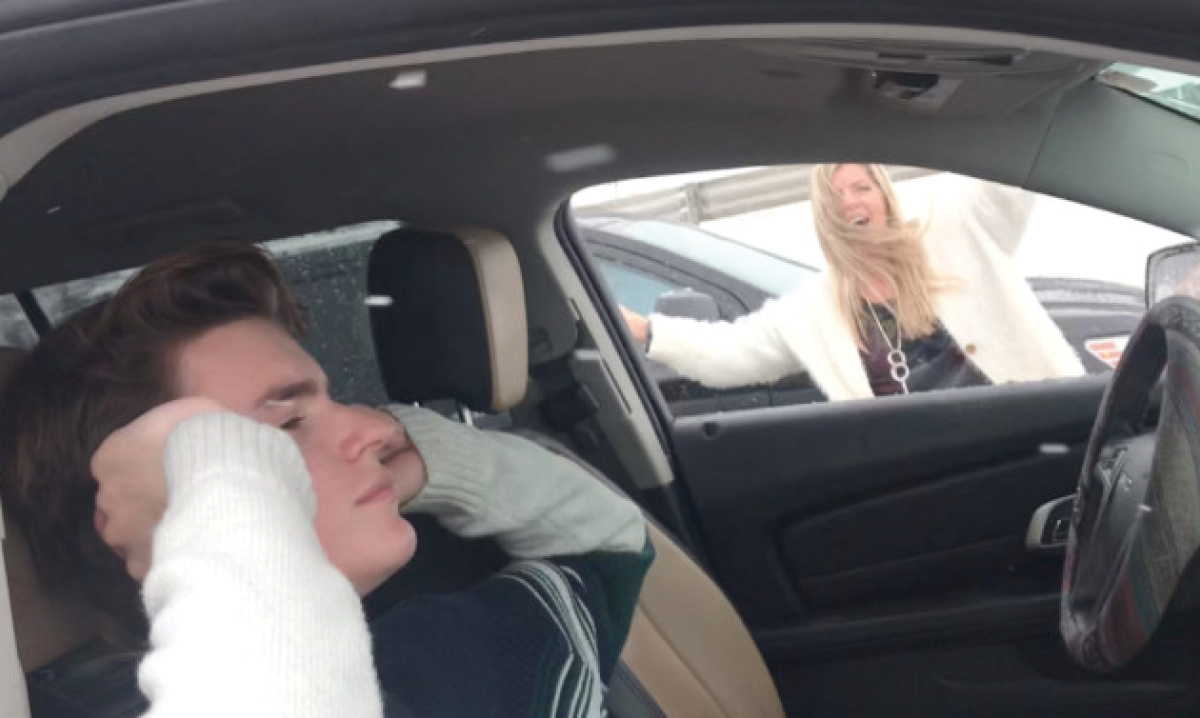 Want the whole world – including two Backstreet Boys – to recognize your awesome dance moves? Take a page out of Wendy Gossett’s book and have your kids videotape you dancing somewhere unexpected. Like the middle of a traffic jam.

On Jan. 18, 2019, Gossett and her two kids, Jordan and Nathan, were stuck in standstill traffic, in the middle of a snowstorm, for five hours.

What do you do when your teen son admits he’s “pretty much at breaking point?” You jump out of the car and dance down the highway, of course.

Gossett and her daughter snapped into action when the Backstreet Boys’ hit “Everybody (Backstreet’s Back)” started playing on the radio. Jordan was sure to capture her mom’s sweet moves in a video that has since gone viral from the family’s home state of Colorado to Great Britain.

While Jordan was more than happy to help her mom’s journey toward internet fame, Nathan was mortified about what was happening.

“I saw her going out and starting to dance, and all the other drivers looking at her. I’m like ‘Please no, Mom.’ She’s like, ‘Record this.’ I’m like, ‘No,'” he told reporters from The Denver Channel.

Since he refused to engage in his mom’s antics, Gossett and her daughter decided they should also capture his complete, visible shame.

Jordan starts filming from the backseat, showing her mom hopping out of the driver’s seat without even bothering with a coat and dancing between cars in the snow. However, seconds later she is getting out to join the fun, mocking her brother by singing along with the song and getting closeups of his pained face.

While filming outside of the car, she was also sure to show the severity of the family’s situation. She stepped to the side of the highway, her camera showing cars backed up for miles, all unmoving.

“There were like 20 cars piled up on the side of the road. It looked like a zombie apocalypse,” Gossett told The Denver Channel.

Gossett also told station that she was just trying to make the best out of a bad situation – and, while Jordan seems to be convinced, Nathan is still struggling to believe his mom wasn’t just trying to embarrass him.

Backstreet Boys alum Nick Carter seems to feel for Nathan, but still be entertained by Gossett’s dancing. After the video went viral he posted it to his Twitter with the caption “OMG!! Get back in your Car lol. PS nice jam.”

She may have lost some cool points with her son, but going viral and getting tweets from Carter probably balances those points out. Besides, she reported to Atlanta-based news station WSFA that her cred with her daughter has seriously increased.

“The best part of this whole experience has been that my daughter, who is quite the private and ‘cool’ girl, now thinks I am cool – and all her friends think I am the bomb!” she says.

What’s the most innovative way you’ve embarrassed your teens? Let us know in the comments.

The data-crunching website has released its list that ranks the best school districts in Michigan for the 2023 school year. Did your community make the cut?
Read more
Health