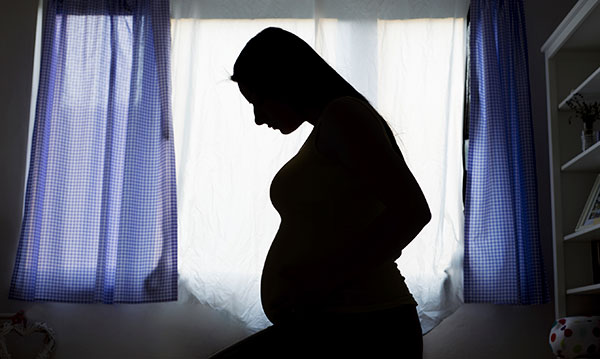 Social media’s most annoying fad took another disturbing turn two weeks ago when Venezuelan student obstetrician Daniel Sanchez took a selfie next to a woman he was helping give birth and posted the tasteless photo on his Instagram page.

Vice reports that Sanchez glibly captioned the image: “Lady I can deliver your baby but first let me take a selfie.”

Another obstetrician behind Sanchez can be seen with his fingers still in, or around, the woman’s vagina as she begins to crown, Vice adds.

More than 5,100 people who have thus far signed a petition calling for disciplinary action to be taken against Sanchez aren’t quite as pleased.

Sanchez went on to brag that his obstetrician team can “bring kids into the world and reconstruct pussies,” and new mothers and their partners can look forward to the women’s vaginas being “brand new, like a car with zero kilometers on the clock,” Elite Daily reports.

The claim aptly describes the picture of the faceless woman who’s been reduced to her genitals as if she were forced to partake in an ad for spare parts. The male nurses and doctors stand, uniformed against her naked torso, while the woman’s on her back in what mothers will attest is one of the most vulnerable moments of a woman’s life.

Let’s get one thing straight: Women bring babies into the world. Not self-righteous obstetricians – too handsy with their smart phones.

Vice reports that Sanchez mansplains to Jesusa Ricoy, the petition’s creator and an activist against obstetric violence, in an email exchange that the woman pictured is “respected” because “you cannot see her genitals or her face.” He also made known that women often specifically request him to perform their vaginal examinations and say “doctor hagame el tacto usted que es mas delicado” (“doctor you touch me because you are more gentle”).

After Ricoy’s discussion with Sanchez, he’s since turned his Instagram page to private.

Sadly, Sanchez’s photo isn’t alone. Over last weekend, Ricoy came across nurse Francisco Salgado’s dubious birth images on Instagram. Salgado, who has now deleted the photo, initially uploaded a picture of the post-birth stitching of a woman’s perineum. The caption read “someone will be in my eternal debt #thankfulhusbandsstich,” referring to the painful practice of suturing a woman’s vaginal opening to be smaller, typically to make sex more pleasurable for the woman’s partner.

The real problem isn’t the images, but the way women are treated, not only in childbirth, but throughout their lives when, worldwide, they’re still largely treated as second-class citizens.

A petition is the place to start, but instead of cleaning up the mess, humanity must be proactive in teaching practices that treat woman like humans and not vessels. This begins with breaking down the idea that it’s acceptable to humiliate, imprison, endanger, abuse and eat away at women’s basic rights.

What do you think, readers? Tell us in the comments below.